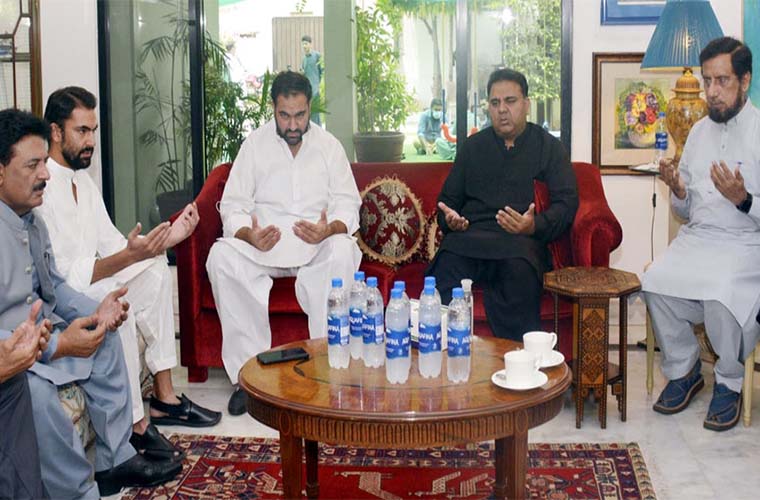 He also talked to the media in Lahore on Friday after visiting the residence of late renowned journalist Arif Nizami.

He termed death of eminent journalist Arif Nizami as a huge loss for the profession.

Furthermore, he said services of Arif Nizami in the field of journalism would always be remembered.

The Information Minister said Pakistan Tehreek-e-Insaf government believes in fulfilling its commitment made with the media and journalists.

Moreover, Fawad Hussain said the constitution is supreme and powerful and all decisions are taken as per law.

According to his nephew Babar Nizami, Arif Nizami had suffered from a heart attack around three weeks ago.

He was admitted to a private hospital in Lahore.

Nizami had served as the former caretaker minister for information and broadcasting in 2013.

He ad also worked as group editor of The Nation before starting his own newspaper Pakistan Today.

He was the son of Hameed Niazi, the founder of the Nawa-i-Waqt Group.

The Council of Pakistan Newspaper Editors (CPNE) had elected Arif Nizami as its president for more than once.

He is survived by three sons.

Arif Nizami had remained an independent journalist throughout his journalistic life.

He stood with his reporters whenever they come under threat due to their factual news reports.

Since mid 1980s t0 the last days as The Nation group editor, he encouraged young journalists.

Due to his bright career, Pakistani journalists particularly feel a vacuum due to his demise.