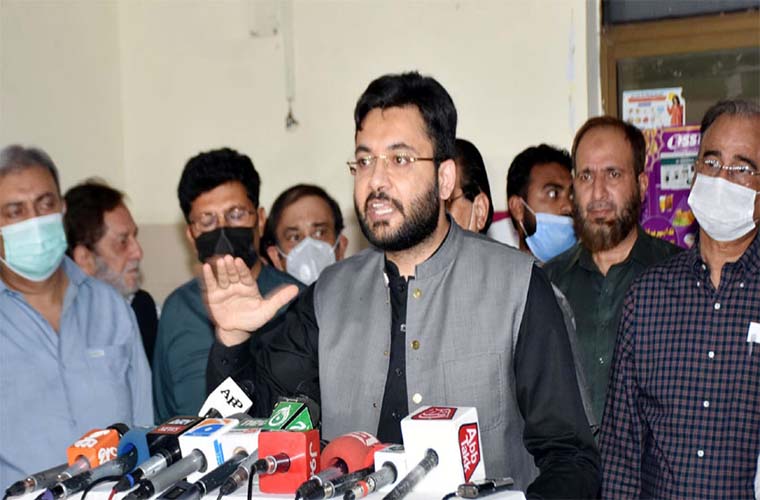 Minister of State for Information and Broadcasting Farrukh Habib welcomed the announcement of further sanctions on individuals under the UK’s Global Anti-Corruption Regime.

In a tweet on Friday, he underlined it as a welcome step against world’s most corrupt elements.

He further said that Nawaz Sharif’s plunder of the country’s wealth to build Avenfield flats in London falls under “UK Global Anti-Corruption Regime”.

He referred that Pakistani courts convicted Nawaz Sharif for corruption. Now, Nawaz is living in London to avoid punishment.

He further cited that the PM said that looted money is being shifted to developed countries from poor countries and actions should be taken on against this act.

She said that AJK people have rejected the narrative of Pakistan Muslim League Nawaz.

Awan stated this, while talking to newsmen in Lahore on Friday.

She further said Kashmir will be made a part of Pakistan under the dynamic leadership of Prime Minister Imran Khan.

Moreover, she said that the Prime Minister has emerged as an Ambassador of the oppressed people of Indian Illegally Occupied Jammu and Kashmir.

Because, he was raising voice at every global forum.

However, the PM said that Kashmiris will independently decide their future as per UN resolutions.