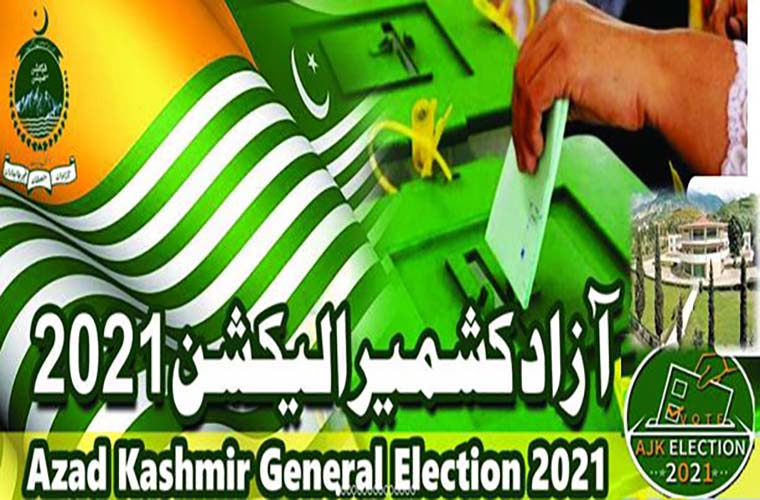 Over 3.2 million voters will exercise their right to vote to elect members of Azad Kashmir Legislative Assembly for a five-year term.

PPP has fielded only eight candidates.

Moreover, a total of 32  political parties are contesting the elections.

Similarly, hundreds of independent candidates are also vying in all the 45 electoral constituencies.

They include: 33 in AJK districts and 12 meant of Jammu and Kashmir refugees settled in various parts of Pakistan.

Five seats are reserved for women, while three mean for the technocrats, one each reserved for overseas Kashmiris and Ulema/Mashaikh and professionals.

She said that AJK people have rejected the narrative of Pakistan Muslim League Nawaz.

Awan stated this, while talking to newsmen in Lahore on Friday.

She further said Kashmir will be made a part of Pakistan under the dynamic leadership of Prime Minister Imran Khan.

Moreover, she said that the Prime Minister has emerged as an Ambassador of the oppressed people of Indian Illegally Occupied Jammu and Kashmir.

Because, he was raising voice at every global forum.

However, the PM said that Kashmiris will independently decide their future as per UN resolutions.