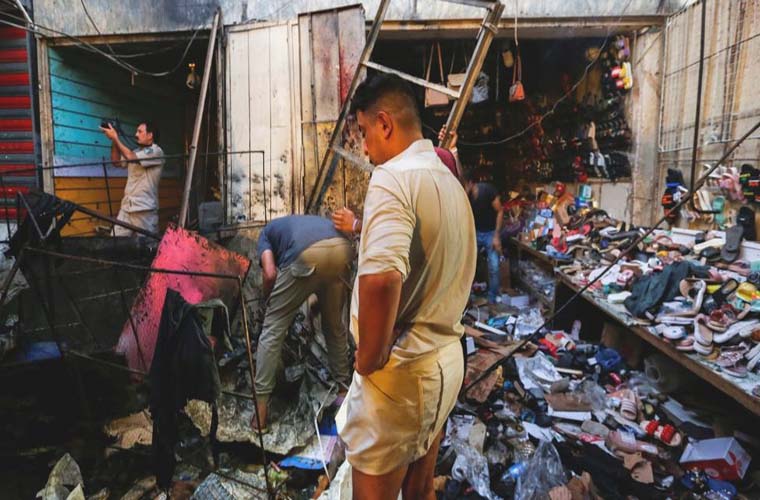 Daesh ISIS (IS) terrorist group claimed responsibility for the blast.

The terrorist group said that one of its members detonated an explosive vest.

The device exploded in the al-Wuhailat market, in the northern Sadr City area.

Iraqi families were preparing for the Islamic festival of Eid al-Adha on Tuesday.

Observers noted it as the deadliest bombing in Baghdad in six months.

The Iraqi government had declared victory in its war against the at the end of 2017.

However, sleeper cells continue to wage a low-level terrorism in the country.

The Daesh claimed car bomb blast in April that killed four people at another market in Sadr City.

That came as the deadliest bombing in the capital in three years.

An Iraqi military spokesman said Prime Minister Mustafa al-Kadhimi had ordered the arrest of the commander of the federal police regiment in charge of security in the market area.

And that an investigation had begun.

At least 14 killed, 35 injured in landslide in Indonesia