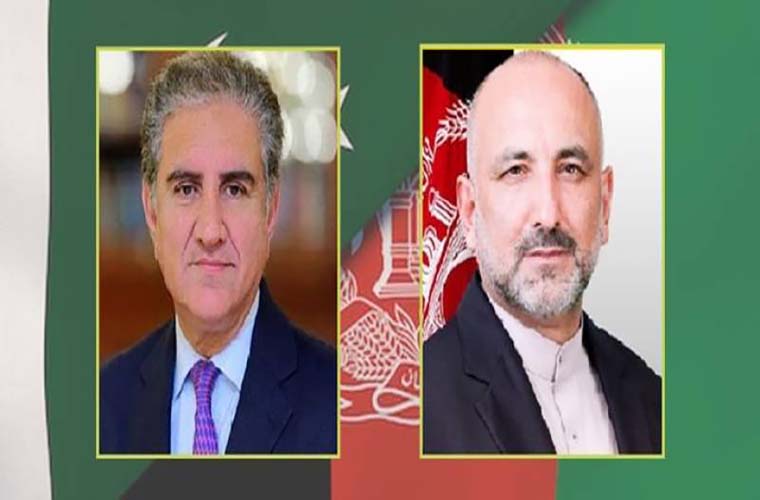 He discussed with him matters of mutual interest.

He apprised his Afghan counterpart of the actions taken so far by the law enforcement agencies in connection with the incident occurred on last Friday.

He assured the Afghan Foreign Minister that Pakistan Government will take all possible steps to arrest the accused.

Furthermore, Qureshi assured to bring them to justice at the earliest.

He said the Ministry of Foreign Affairs remains fully aware of the diplomatic norms.

Shah Mahmood Qureshi said the security of the Afghan embassy and consulate in Pakistan has been further enhanced.

He said we hope that the Afghan government will review its decision of calling back its ambassador and senior diplomats from Pakistan keeping in view Pakistan’s serious efforts.

Meanwhile, the Afghan Foreign Minister thanked Prime Minister Imran Khan for his personal interest in the investigation into the incident.

He also appreciated the efforts by Shah Mahmood Qureshi for enhancing security of the Afghan embassy and the consulate.

On Friday, unknown assailants briefly kidnapped the daughter of Afghanistan’s ambassador to Pakistan.

According to reports, they held her for several hours.

They injured Silsila Alikhil while on her way home in the Pakistani capital Islamabad.

Relations between the two neighbours have remained disturbed since long.

Meanwhile, Kabul also blames Islamabad in the wake of Taliban take over of many districts.