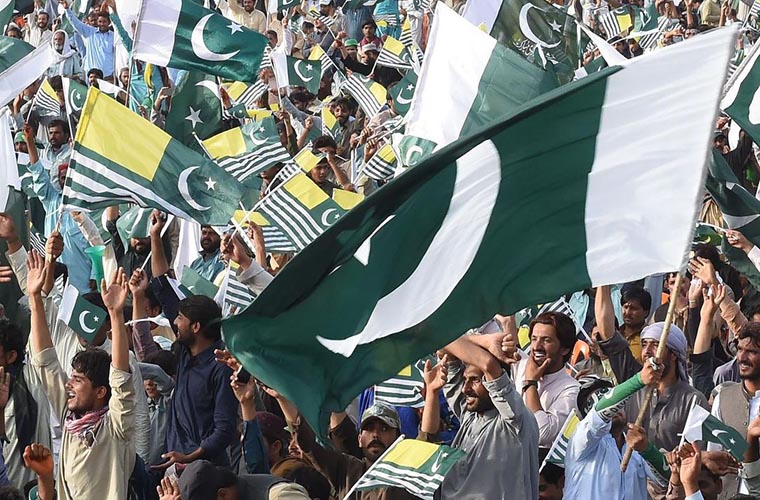 They are observing the day on both sides of line of control with the firm determination to continue their struggle for the liberation of occupied Jammu and Kashmir from Indian shackles in light of the United Nations resolutions.

Moreover, they are holding functions and seminars in different parts of Azad Jammu and Kashmir and world over today.

He  said 19th July has a significant importance in the freedom struggle history of Kashmir when Kashmiri decided to attach their destiny with Pakistan.

The AJK PM further said that India has deployed more than 800,000 forces in the illegally occupied Kashmir to crush the liberation struggle.

Furthermore, he expressed hope that Indian state terrorism and suppression would be over soon and Kashmiri people would succeed in getting their right to self-determination.

All Parties Hurriyat Conference spokesman said this in a press release in Srinagar.

He said that the political future of the territory awaits decision in accordance with the UN resolutions.

He said Narendra Modi-led fascist Indian regime abrogated Articles 35A and 370 to change the demography of IIOJK.

The spokesman noted this Indian govt act in violation of UN resolutions on Kashmir.

He said in order to fulfil this nefarious agenda, the Hindu bureaucracy has replaced Muslim officers.

Besides, India has begun terminating government employees to take full control of the administration.