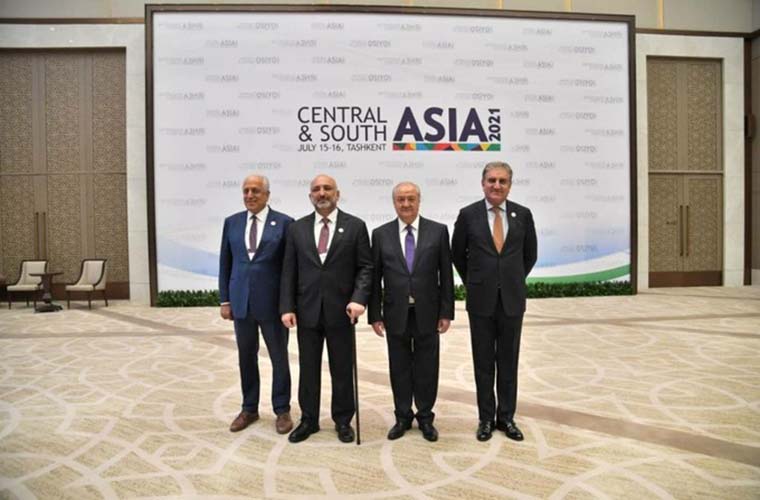 Pakistan, United States, Uzbekistan, and Afghanistan have agreed to establish this platform with focus on enhancing regional connectivity.

According to the Foreign Office, the understanding reached amongst representatives of the four countries on the sidelines of Uzbekistan regional summit.

It said the parties consider long-term peace and stability in Afghanistan critical to regional connectivity.

The parties agreed to meet in the coming months to determine the modalities of this cooperation with mutual consensus.

While speaking in Tashkent, he rejected the assertions of President Ghani made against Pakistan for “not supporting peace.”

The prime minister categorically stated that Pakistan did not want turmoil in its neighbourhood because peace in its own interest.

The prime minister said Pakistan would continue to support reconciliation in Afghanistan.

Furthermore, he urged the Afghan stakeholders and the international community to gear up efforts for a “politically negotiated settlement”.

He asked Afghanistan to consider Pakistan as a ‘partner of peace’ rather than blaming it for the ongoing unrest.