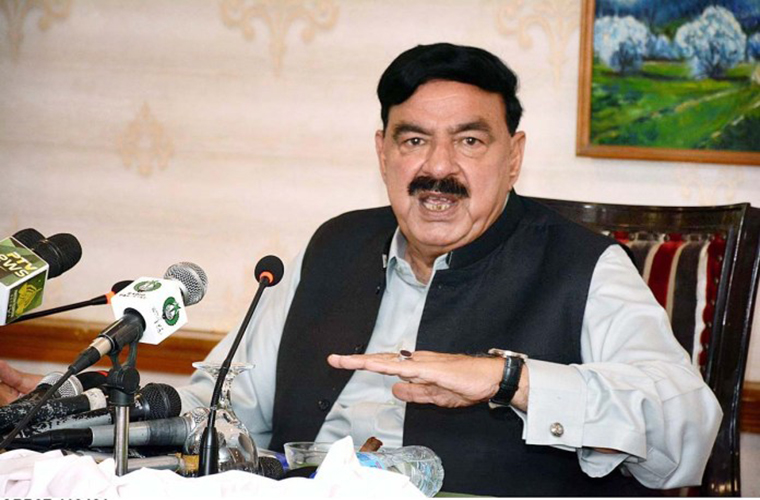 He expressed these views, while addressing a news conference in Islamabad on Monday.

He further said that the ministry is deploying them at the request of election commission.

The government aims to ensure smooth conduct of elections in Azad Jammu and Kashmir on 25th of this month.

Moreover, the Minister expressed hope that Pakistan Tehreek-e-Insaf will form the next government in Azad Kashmir.

He said that the government would not tolerate it and now it has suspended 39 officials suspended Karachi.

The Minister said that they have moved a summary regarding the decision about Tehreek e Labbaik Pakistan.

Federal cabinet would discuss this in tomorrow’s meeting.

While answering a question, he said that India has always remained involved in sabotage activities in Pakistan.

Furthermore, he said that our security agencies always foiled their sordid designs.

On the other hand, Iranian authorities handed over 180 Pakistani migrants to local administration at Taftan border in Chagai district today (Sunday).

According to official sources, Iranian authorities arrested these Pakistanis in different parts of Iran for not having valid traveling documents.