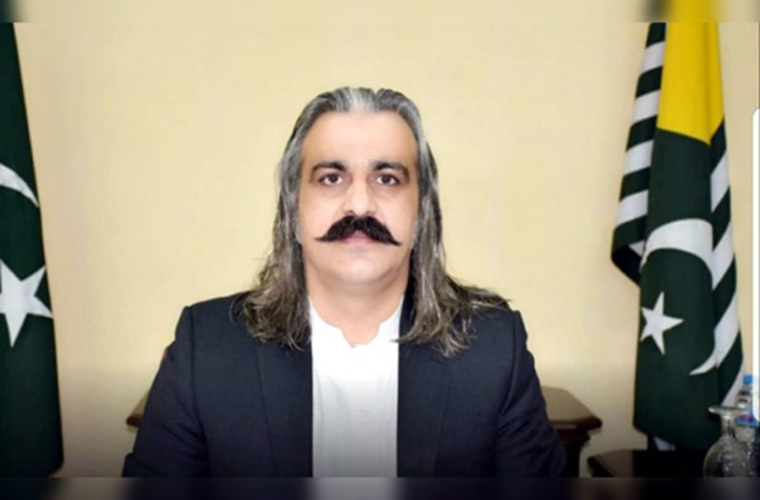 Minister for Kashmir and Gilgit-Baltistan Affairs, Ali Amin Khan Gandapur made this appeal.

He issued a message on the 5th martyrdom anniversary of Burhan Ahmed Wani on Thursday.

Therein, he called upon the international community to ask India to stop its brutalities as atrocities of occupying forces were increasing day by day.

Furthermore, he said India must acknowledge its defeat in front of determination and courage of Kashmiri youth.

Because India fails to deter them from their legitimate freedom struggle despite tyranny and barbarism.

On the other hand, Indian troops martyred four more Kashmiri youth in two districts of the occupied territory on Thursday.

According to KMS, Indian troops martyred two youth each in Pulwama and Kulgam districts during cordon and search operations.

The authorities have also suspended internet services in these areas.

Kashmiris renewed pledge to continue the mission of martyrs.