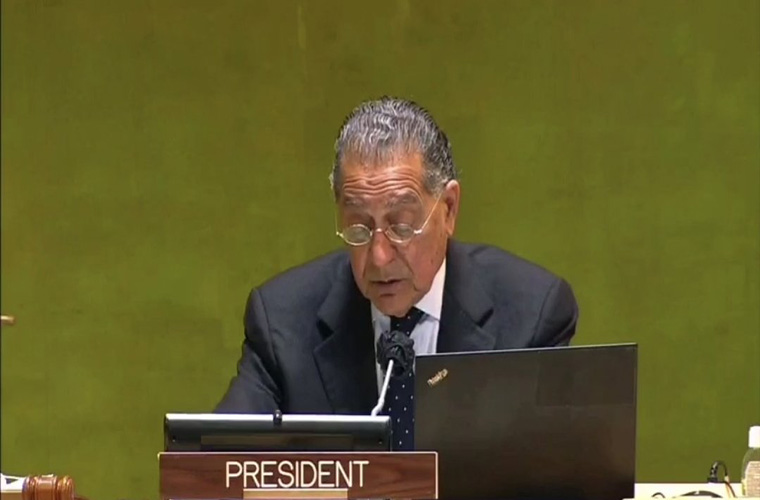 Permanent Representative of Pakistan to the United Nations Munir Akram spoke on the issue.

He responded to a question on the deteriorating situation in Afghanistan during his briefing to the UN correspondents.

Pakistan eyes resumption of talks between Taliban and Afghan govt

He said as the United States completes it withdrawal from Afghanistan, Pakistan very actively remains involved in trying to move the Afghan government and Taliban to resume talks.

Munir Akram further said Pakistan is doing so for a political settlement of the conflict.

He said Pakistan had in the first instance facilitated talks between the United States and Taliban in Doha.

Then, Pakistan moved to talks between Afghan government and Taliban in its efforts to promote a settlement. That would bring the long-running war to an end.

Moreover, he said the Doha process is not dead but it is in a sort of suspension following some controversies when the Biden administration decided to pull-out US troops from Afghanistan without any conditions.

He also referred to a report about a Taliban peace plan which they plan to present to Afghan government.

The Pakistani envoy underlined it as a good proposal on which negotiations could move forward.