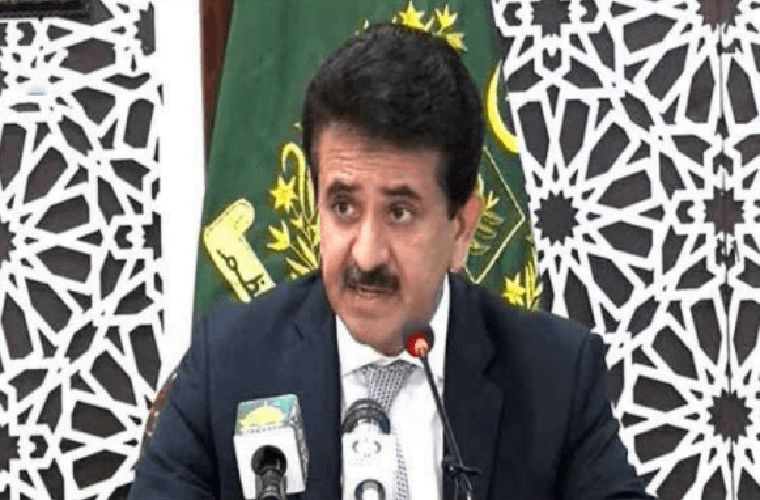 At his weekly news briefing in Islamabad on Thursday, he repeated stance of Pakistan government o n the issue.

No change in principled position of Pakistan on Palestinian issue

He recalled we have consistently called for two state solutions with pre-1967 borders and Al-Quds al Sharif as a capital of Palestinian state.

While responding to a question, the FO Spokesperson confirmed that Pakistan is participating as an observer in the Sea Breeze naval exercise which Ukraine has hosted.

Pakistan participates as observer, while keeping in perspective defense ties with the host.

He recalled that Ukraine also participated in Aman 2021 exercise which Pakistan Navy hosted.

Chaudhri also spoke on a constructive role of Pakistan in the Afghan peace process.

He further said Pakistan has worked closely with the United States to achieve durable peace and stability in Afghanistan.

He said we will continue to cooperate with the US and the international community towards that end.

The Spokesperson underlined it as desire and hope of Pakistan that the Afghan peace process succeeds.

Pakistan hopes Afghan parties agree to a common solution which is inclusive, broad based and comprehensive. He reiterated no military solution to the conflict.

Meanwhile, he also answered a question regarding the comment on Afghan President Ashraf Ghani’s recent statement in Capitol Hill.

Zahid Hafeez said instead of indulging in blame game, the Afghan leadership should spent all energy on making the peace process successful.

That highlights the indiscriminate targeting of Kashmiris with pellet guns in the Indian illegally occupied Jammu and Kashmir.

Furthermore, he called upon the international community to take cognizance of the plight of oppressed Kashmiri children.

He said the meeting held in New Delhi last week was yet another attempt by the BJP government to further marginalize the Kashmiri people to perpetuate India’s illegal occupation in illegally occupied Jammu and Kashmir.

Moreover, Chaudhri said the meeting also further exposed the falsehood of the Indian narrative of so called normalcy in the occupied valley.

He said any steps that are aimed at bringing further illegal change in the Indian illegally occupied Jammu and Kashmir will not be accepted by the Kashmiris and will also be resolutely opposed by Pakistan.

He underlined the solution of Kashmir dispute as per the UN Security Council resolutions and aspirations of the Kashmiri people the only viable option.

Over 3660 new cases of Coronavirus confirmed in Pakistan

Imran Khan is dangerous for the country: Maryam Nawaz