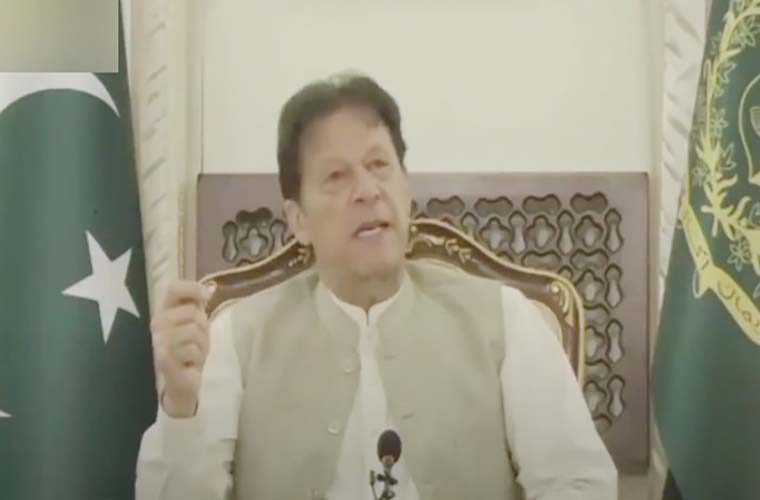 He made it clear in an interview with China Global Television Network.

He said that no pressure can change or downgrade the strong relationship between Pakistan and China.

Furthermore, he said Pakistan and China have a glorious history of seven-decade old strong bond between people of the two countries.

The Prime Minister said China has always stood by Pakistan in difficult times on all matters.

He further said that for these reasons, people of Pakistan have special place in their heart for their Chinese friends.

Imran Khan said Pakistan wants cordial relations with all countries without taking sides of anyone.

To a question, he said bilateral ties between Pakistan and China are moving faster in the realm of trade and China-Pakistan Economic Corridor is a bright example of it.

Meanwhile, Prime Minister Imran Khan has felicitated Chinese President Xi Jinping and the General Secretary of the Central Committee of the CPC on the occasion of the centenary of the Communist Party of China.

In his message, the Prime Minister noted the founding of the CPC as a seminal event with far-reaching impact on world history.

The Prime Minister also paid rich tribute to the CPC and its leadership.

Moreover, he highlighted that China’s liberation and its subsequent rise lay in sacrifices and endeavours of the Communist Party.