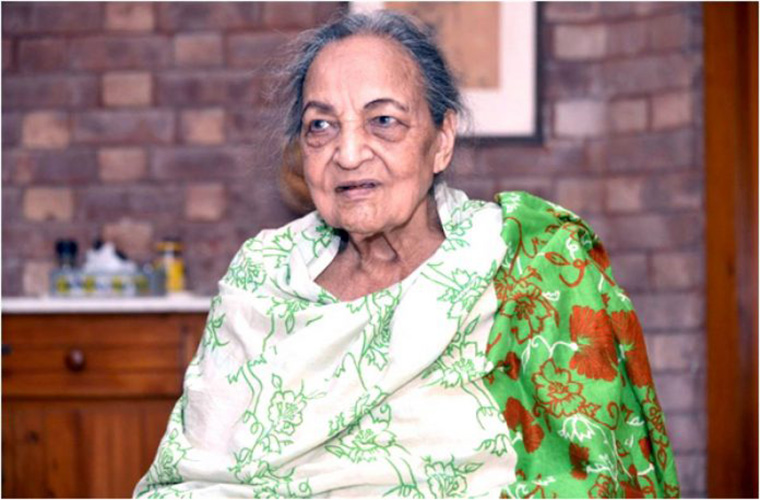 Veteran actress Begum Khursheed Shahid passes away at the age of 95 years.

Salman Shahid, the son of late Begum Khursheed confirmed the news about the sad demise.

He further said she (Begum Khursheed ) was put on the ventilator after suffering a cardiac arrest.

She remained under treatment at the hospital for some time, according to a private news channel.

The funeral prayers of the deceased will take place at 4 pm today in Defense Phase 2.

One of Pakistan’s extraordinary entertainers, Begum Khursheed started her career in Delhi from ‘All India Radio both as an artist and entertainer.

As a vocalist, she got preparing from incredible artists.

Then, she relocated to Pakistan in 1947 and turned into a significant part in the performance center of Lahore.

She joined Pakistan Television Corporation in 1964.

Begum Khursheed acted in probably the best plays created by TV in the following twenty years.

Moreover, she also received one of Pakistan’s most elevated common honors, the Pride of Performance, during the 90s.

Later, she disassociated with TV after she felt it in a consistent condition of decline due to commercialism.