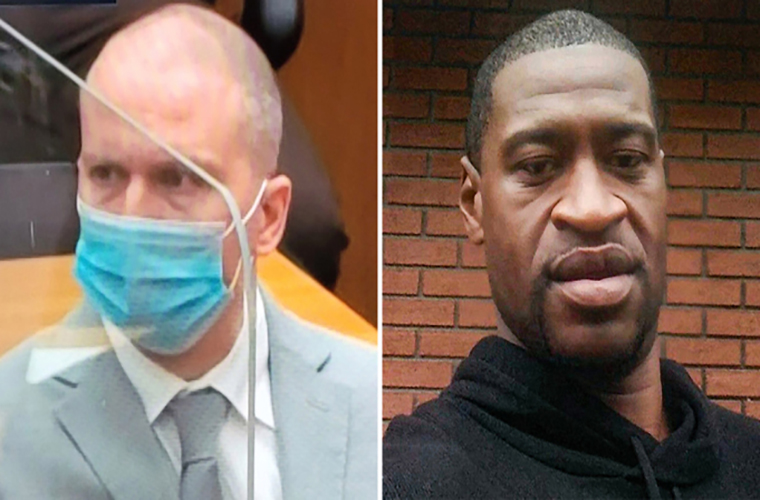 Derek Chauvin sentenced to over 22 years in prison for George Floyd murder.

A judge sentenced former Minneapolis police officer Derek Chauvin on Friday to 22-and-a-half years in prison for the murder of George Floyd.

However, this sentence remains less than the 40-year maximum for the killing of Floyd.

The Black man’s videotaped death with the white cop Chauvin kneeling on or near his neck for more than nine minutes on May 25, 2020, sparked massive protests nationwide.

But it was a decade more than the presumptive sentence for second-degree murder, the most serious of the three counts for which Chauvin, 45, was convicted at trial in April.

Jurors also convicted him of third-degree murder and second-degree manslaughter.

But the former cop’s lawyer asked for just probation.

That came stiffer than recommended by sentencing guidelines after finding four aggravating factors in his crimes.

Chauvin abused a position of trust

Chauvin had abused a position of trust and authority as a cop. He treated Floyd with “particular cruelty.”

He committed the crime with a group of at least three other people — his fellow police officers.

And the fact that children present during the commission of the offense.

“The sentence not based on emotion or sympathy,” said Cahill. Later he added that he did not base the sentence on public opinion, or “to send any messages.”

“But at the same time I want to acknowledge the deep and tremendous pain that all the families are feeling, especially the Floyd family,” the judge said. “You have our sympathies.”

Cahill said the case also “has been painful throughout Hennepin County, throughout the state of Minnesota, and even the country.”

Meanwhile, President Joe Biden, when told about the length of Chauvin’s sentence, said, “Well I don’t know all of the circumstances that are considered, but it seems to me, under the guidelines that seems to be appropriate.”

Three of Chauvin’s fellow ex-police officers, who stood by as Chauvin killed Floyd, are awaiting trial on related Minnesota state charges next March.