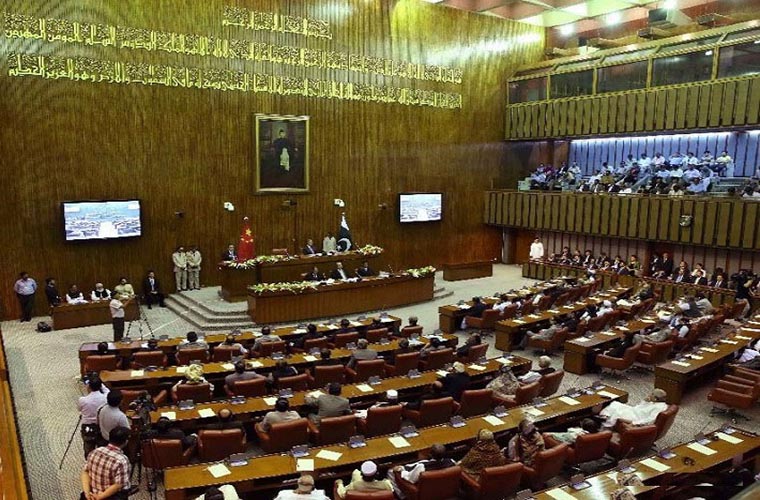 Senate approves recommendations for incorporation in the finance bill 2021-22.

The Senate today (Thursday) unanimously adopted various recommendations, which the Senate Standing Committee on Finance furnished for incorporation in the finance bill 2021-22.

Senate approves recommendations for incorporation in the finance bill

Chairman of the committee Senator Muhammad Talha Mehmood and 114 of them were related to the money bill and 180 to Public Sector Programme.

These recommendations include reduction of withholding tax on healthcare sector from eight to three percent.

Besides, those include exemption of edible items from General Sales Tax, 20 percent increase in the pension and basic pay of the government employees.

An increase in retirement age to 62 years and reduction in indirect taxes and no increase in petroleum levy also recommended.

The Upper House proposed withdrawal of imposition of 10 billion rupees taxes on salaried class by slapping income tax on their expenditure on medical treatment, various allowances and their savings in provident and pension funds.

Furthermore, committee recommended to increase the budget for health and education sectors to double.

It also recommended increase in minimum wage for Islamabad Capital Territory to Rs 25,000.

The senate committee also proposed that turn over taxes on flour mills should not be imposed.

The House recommended to reduce duties and other charges on imported cosmetics.

Besides, it recommended to minimize import taxes on raw materials to encourage investments and productions.

It also suggested reducing custom duty on import of new spare parts of cars, and GST on edible items from 17 to 8.5 per cent.

The committee proposed providing incentives for producing readymade auto disabling syringes, and withdrawal of increase in sales tax from 10 to 17 per cent on all poultry feed.

The House proposed that turnover of flour mills from 0.25 to 1.25 per cent and imposition of 17 per cent sales tax on gold should be withdrawn.

Recommendations included not to levy any tax that would increase the price of milk products and restoration of zero rating on milk and fortified dairy based nutritious powder.

He further said that he promised to give due consideration for incorporation of these recommendations in the Finance Budget 2021-22.

“The International Court of Justice (Review and Re-consideration) Bill, 2021” and “The Muslim Family Laws (Amendment) Bill, 2021” also presented in the Senate today.

Meanwhile, the Chair referred the bills to the standing committee concerned.