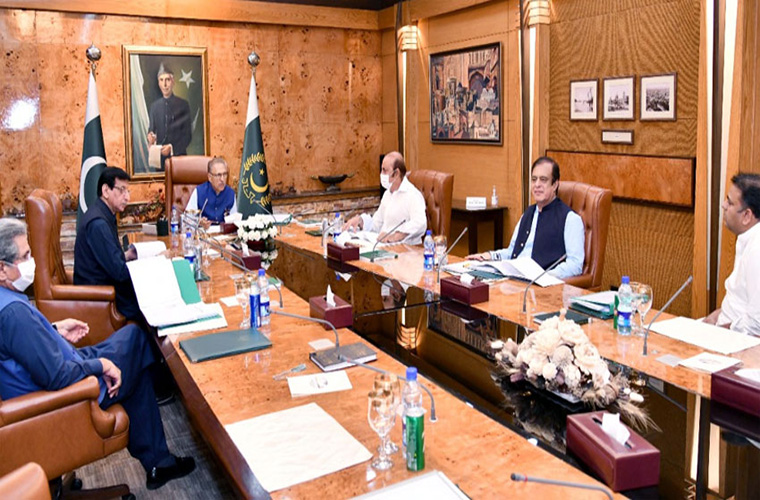 While speaking at the meeting, President Dr Arif Alvi emphasized the need for expediting the electoral reforms process so as to grant Overseas Pakistanis their political rights.

Furthermore, he called for speedily process to make the electoral process more transparent, secure and impartial.

The President underlined it as national obligation of political parties of the country and stakeholders concerned to work together to strengthen the electoral system in the country.

Meanwhile, the meeting discussed various proposals with regard to improving the electoral laws.

President Alvi underscored the need for evolving consensus among political parties and other relevant stakeholders to take forward the reforms process.

Furthermore, he said all political parties need to rise above political differences.

He suggested they need to show spirit of cooperation for the sake of political rights of our citizens for a fair electoral process through Electronic Voting Machines and also to facilitate the Overseas Pakistanis through internet-voting.

The President remarked that he is ready to reach out all political parties to take them on board to improve the existing electoral laws.