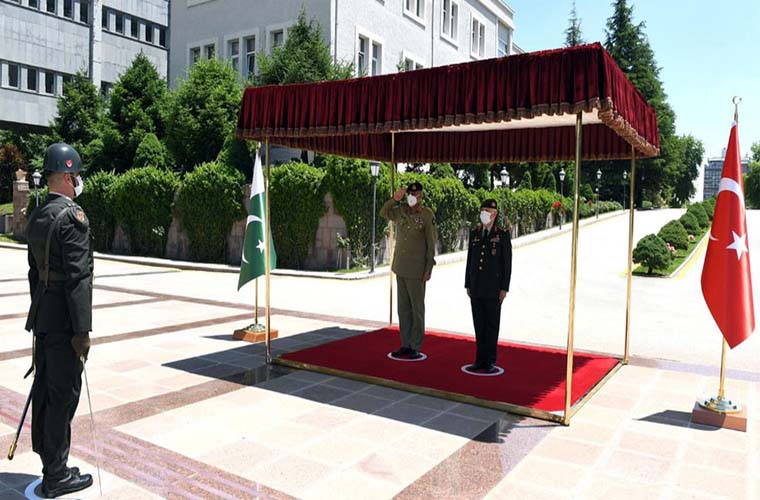 Army Chief has arrived on a day-long official visit to Turkey.

Pakistan and Turkey pledged to continue to work together for better relations between two brotherly countries.

During the meeting, matters of mutual interest and regional security situation came under discussion.

The Army Chief acknowledged the Turkish engagements with Pakistan especially the ongoing efforts for continuing the positivity for peace in the region.

He also reiterated that Turkey is one of the key Muslim countries in the region.

Furthermore, he said that enhanced Pakistan-Turkey cooperation will have positive impact on regional peace and stability.