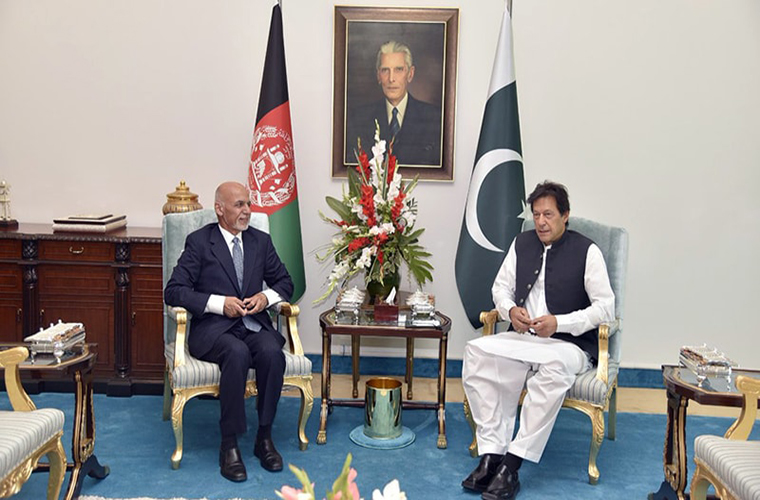 PM expresses readiness of Pakistan for partnership for peace in Afghanistan.

He stated this in his opinion published in Washington Post today (Tuesday).

Prime Minister Imran Khan reiterated that Pakistan stays ready to become a partner for peace in Afghanistan, but as US troops withdraw, country will avoid risking further conflict.

He further said Pakistan and United States have the same interests in that long-suffering country as both want a political settlement, stability, economic development and the denial of any haven for terrorists there.

The PM stated Pakistan opposes any military takeover of Afghanistan. Because it will lead to decades of civil war, for the Taliban cannot win over the whole of the country.

Hence must be included in any government for it to succeed.

Moreover, he said Pakistan has no favorites. Therefore, Pakistan will work with any government that enjoys the confidence of the Afghan people.

He referred to history that proves that Afghanistan can never be controlled from the outside.

Imran Khan said Pakistan suffered so much from the wars in Afghanistan. Over 70,000 Pakistanis have lost lives, while economy has to bear the brunt of over 150 billion dollars.

Tourism and investment dried up and after joining the US effort, Pakistan became target as a collaborator.

That led to terrorism from the Tehreek-e-Taliban Pakistan and other groups.

He also mentioned more than three million Afghan refugees in Pakistan. If there is further civil war, instead of a political settlement, there will be many more refugees. That will destabilize and further impoverish the frontier areas on our border.

Furthermore, he said if Pakistan were to agree to host US bases, from which to bomb Afghanistan, and an Afghan civil war ensued, Pakistan would be targeted for revenge by terrorists again.

He said he believes that promoting economic connectivity and regional trade the key to lasting peace and security in Afghanistan.

The Prime Minister recalled Afghanistan once remained synonymous with the “Great Game” and regional rivalries.

But he added that if we share this responsibility could instead emerge as a model of regional cooperation.

President calls for national narrative on population control thru campaigns