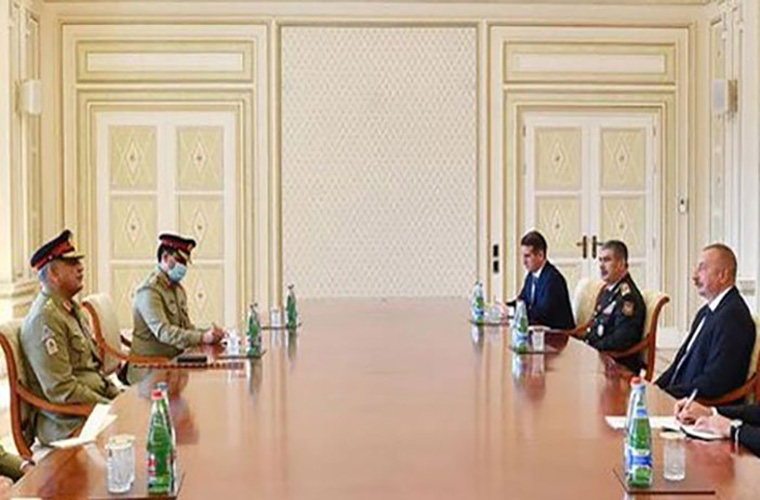 Pakistan for enhanced military cooperation and partnership with Azerbaijan.

According to the ISPR, army chief expressed these views during his official visit to Azerbaijan.

Specially, he expressed Pakistan army’s desire for cooperation in his meeting with Azerbaijan’s President Ilham Aliyev in Baku.

Moreover, eh said both countries have tremendous geo-strategic significance and potential for mutually beneficial and enhanced cooperation at all fora.

Meanwhile, Azerbaijan side thanked the Army Chief for Pakistan’s support to Azerbaijan at all international fora.

During his meetings, matters of mutual interest, regional security situation came under discussion.

Earlier on arrival at Ministry of Defence, smartly turned out military contingent of Azerbaijan presented a Guard of Honour.