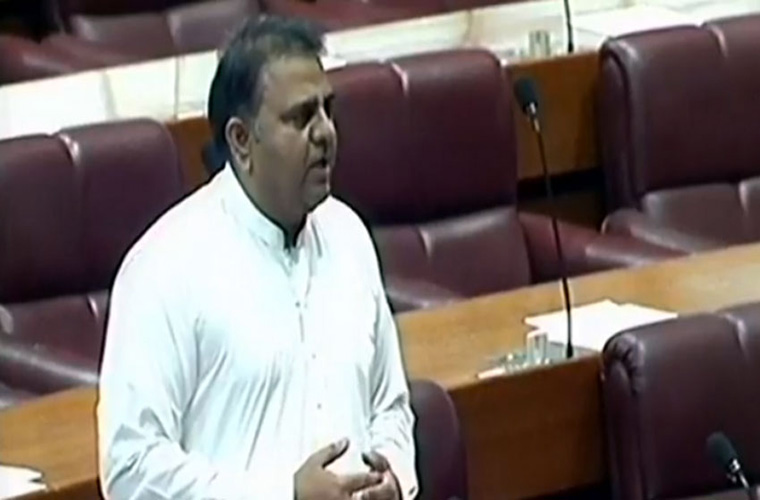 Opposition parties reminded of responsibility to make positive contributions to the system.

Minister for Information and Broadcasting Chaudhary Fawad Hussain reminded them, while participating in the budget debate in the National Assembly on Tuesday.

He said the opposition parties have the right to criticize the government but responsibility also rests with it to make positive contributions to the system.

Furthermore, he said the opposition should come to positive politics to collectively take the country forward.

Once again, Fawad invited the opposition parties to sit with the government on important matters including electoral and judicial reforms.

He said the government will welcome the suggestions of the opposition on the electoral reforms. He said we want to strengthen the Election Commission of Pakistan.

Moreover, he underlined the use of electronic voting machines important to ensure transparency and fairness in the elections.

Fawad claimed the PTI government under the leadership of Prime Minister Imran Khan has put the country on the right track with the economy witnessing accelerated growth.

Period of darkness for Pakistan

He also dubbed the period of 2008-18 as a period of darkness for Pakistan.

Chaudhary Fawad Hussain said the previous governments ruined the economy through their policies.

He further said today we are paying Rs2000 billion per year in debt servicing.

Chaudhary Fawad Hussain said under the 18th amendment, a big share of revenue goes to the provinces.

He said 1600 to 1700 billion rupees went to the Sindh province over the last two years under the NFC.

The minister said another 700 to 750 billion rupees will go to the province during the next fiscal year.

However, he regretted that the provincial government there has done nothing worthwhile for provision of basic amenities to the people.  He said this is the reason that the Prime Minister has stood up against corruption.

Participating in the budget debate, Rahat Amanullah Bhatti, said the elected representatives have a responsibility to launch a sustained campaign against power pilferage and to provide clean drinking water in their constituencies.

Jamaluddin said the government should enhance the salaries of all employees by twenty percent.