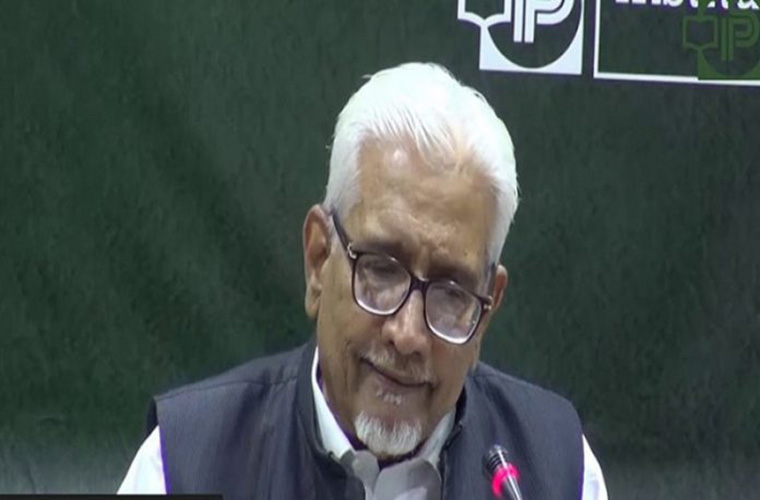 Govt to achieve over Rs5tr revenue target thru expanding tax base.

He was addressing a press conference in Islamabad along with Minister for Energy Hammad Azhar.

He said the government had not imposed any new tax.

The SAPM Dr Waqar Masood further said that the government would achieve the revenue target of Rs5.8 trillion for the upcoming fiscal year 2021-22 expanding tax base in the country.

He also dispelled the negative impression about the tax target set for the next fiscal year.

Moreover, he noted it quite achievable despite taking not new tax measures.

He said due to the government’s efforts, the tax target of Rs4.7 trillion would not only remain achievable by the end of current fiscal year but it could also surpass the target.

Dr Waqar said the nominal growth – real gross domestic product and inflation – would materialize 13.2 percent growth in tax revenues to Rs5.3 trillion, however the remaining Rs500 billion would be collected by bringing more people specially the retail sector into the tax net.

The prime minister’s aide clarified that the government had, in fact, abolished some tax exemptions.

Besides, it streamlined the tax rates in some sectors which were mistakenly interpreted by some new taxes.

He said the government was taking a big step that was to promote digital payments in the country which would ease the government’s efforts of documenting the economy.

He said at present more than 80,000 points of sales in the country were working. But only 10,500 of them documented with the Federal Board of Revenue.

Furthermore, he said that in the upcoming fiscal year we will try to bring maximum number of points of sales to ensure tax collection from these retailers.

With respect to collection of Rs610 billion under petroleum levy, Dr Waqar pointed out that although currently only Rs4 per liter levy imposed. He admitted it not sufficient to achieve the target, but he hoped that the international prices of the petroleum products would come down which would result in increase in the levy.

He said for last four months, the petroleum products’ prices in the country remained stable.

However, it was skyrocketing around the globe.

NCC on Coronavirus meets today to decide fate of lockdown