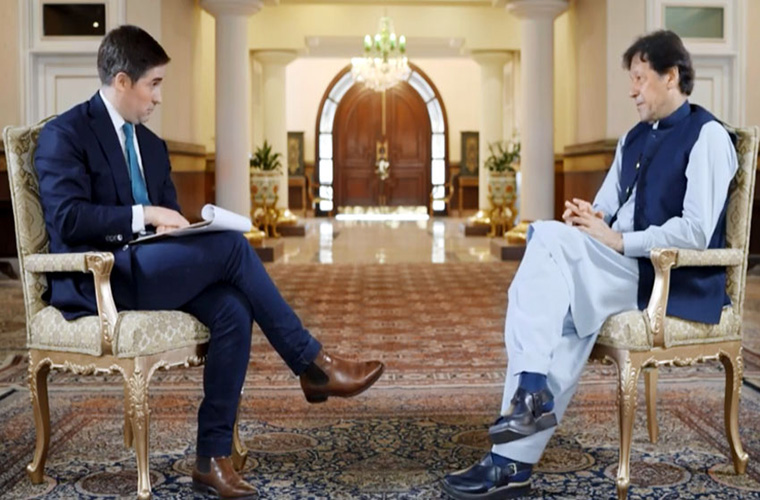 Prime Minister Imran Khan says an absolute no to any base for US – United States of America.

In an interview with a US television HBO, he expressed these views, according to an excerpt of the interview shared on Axios website.

He categorically said that Pakistan will absolutely not allow any bases and use of its territory for any sort of action inside Afghanistan.

No way we are going to allow any bases, any sort of action from Pakistani territory into Afghanistan.

Specially, the interviewer Jonathan Swan put questions in this regard.

He asked would you allow the American government to have CIA in Pakistan to conduct cross border counterterrorism missions?

The Prime Minister replied: Absolutely Not.

Recently, in his address at Senate, Foreign Minister Shah Mahmood Qureshi had also ruled out the possibility of providing its military bases to the United States for counterterrorism operations in Afghanistan.

However, speculations bandied around vice versa for quite sometime.

Some media outlets implied that while referring to the Congressional Armed Services Committee hearings on Afghanistan related matters.

Some quarters suggested that U.S. need no new permission since Pervez Musharraf-led regime had permitted U.S. after 9/11.

But that interpretation goes together with the recent denials of Pakistan government.