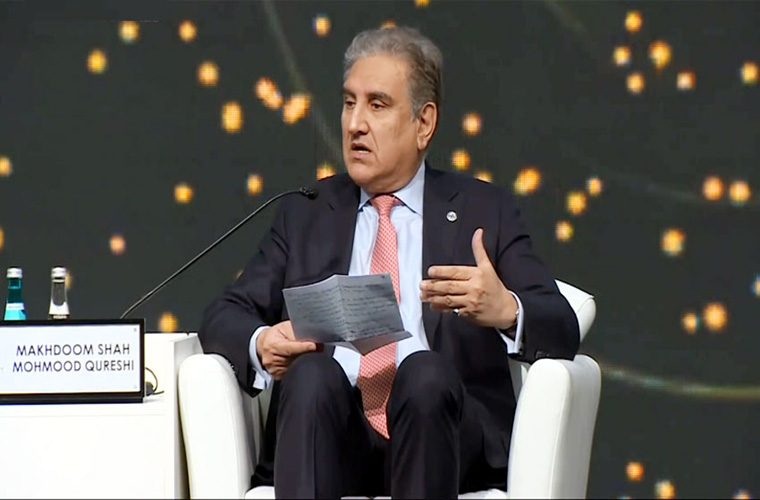 Pakistan calls upon Asian countries for a renewed focus on geo economics.

Foreign Minister Shah Mahmood Qureshi made this suggestion at the high-level panel discussion on ‘Regional Cooperation in Asia’ in Antalya Diplomacy Forum today.

The Foreign Minister highlighted the challenges being faced by Asia in form of unresolved disputesd.

He also mentioned other issues such as tensions induced from within and without, renewed arms race and climate change.

Moreover, Qureshi also highlighted the potential of Asia in the 21st Century.

The FM drew attention to the possibilities of cooperation that exists on the continent.

He emphasized that connectivity and greater regional integration in form of trade and investment would pave the way for a successful Asian century.

In this context, he noted China Pakistan Economic Corridor as a flagship project of Belt and Road Initiative. That offers great opportunities for the countries of the region.

During the discussion, the Foreign Ministers on the panel called for increased multilateralism to deal with the challenges faced by Asia.

Furthermore, they agreed on the need for a renewed focus on transit and connectivity projects in the region.