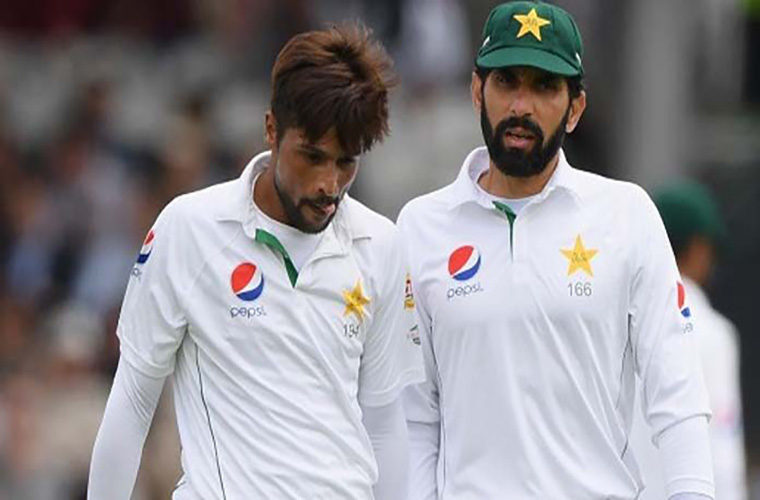 Press conference at the Gaddafi Stadium

He said this, while talking to the reporters during a press conference at the Gaddafi Stadium Lahore on Saturday.

He further said that the door still open for Amir to make a come back.

Misbah recalled he had said before that Muhammad Amir dropped from the side due to his performance and injuries.

He then decided to retire but if he does take back his decision of retirement and makes his performance good, doors remain open for every player to make a comeback.

The head coach said he has no personal issues against him.

He further said he was serving as captain when he came back into International cricket.

Amir also played under me as head coach. If you recall, he had family issues and he could not go to England with the side but we did call him to England later.

He said he doesn’t know why Amir feels that – but the fact had it that if he performs well and available for the team then I have no objections.