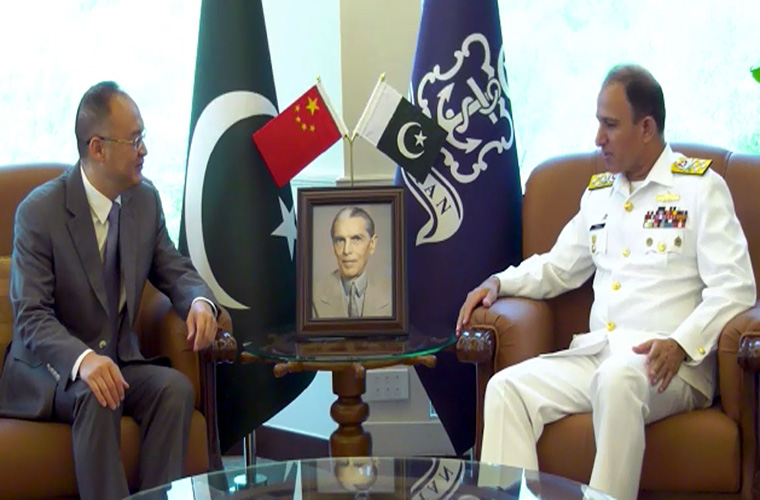 Ambassador of China calls on Pakistan Naval Chief in Islamabad on Thursday.

According to Spokesperson of Pakistan Navy, matters pertaining to mutual interest came under discussion during the meeting.

They also expressed commitment for further enhancement of relations between the two countries and maritime security forces in particular.

The Naval Chief apprised the Ambassador on the role of Pakistan Navy regarding maritime security.