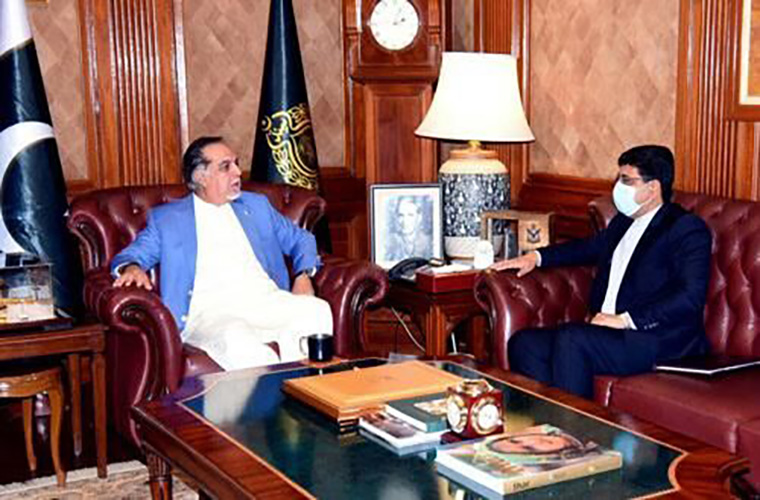 Furthermore he stressed the need to further develop economic and trade cooperation between the two friendly neighboring states.

He made the remarks during a meeting with newly appointed Consul-General of the Islamic Republic of Iran in Karachi Hassan Nourian. The latter called on him at Governor House today.

The governor further said that Pakistan and Iran are two neighboring Muslim countries and they have great importance geographically.

He also highlighted the need for further promoting cultural and social relations between the two countries.

Moreover he also underlined excellent opportunities for investment in Pakistan.

He noted relations with Pakistan based on mutual respect and sincerity.

Furthermore, Nourian said that during his recent visit to Chabahar, he received proposals such as establishing a passenger sea transportation route.

There, he also received proposals of some joint economic projects.

So, he hoped materialization of these projects with the exchange of expert and trade delegations between Iran and Pakistan.

According to IRNA, Nourian previously headed the Passport Office of the Ministry of Foreign Affairs and Consulate General of Iran in Hyderabad, India.

He has assumed his new office in the port city of Karachi this week.