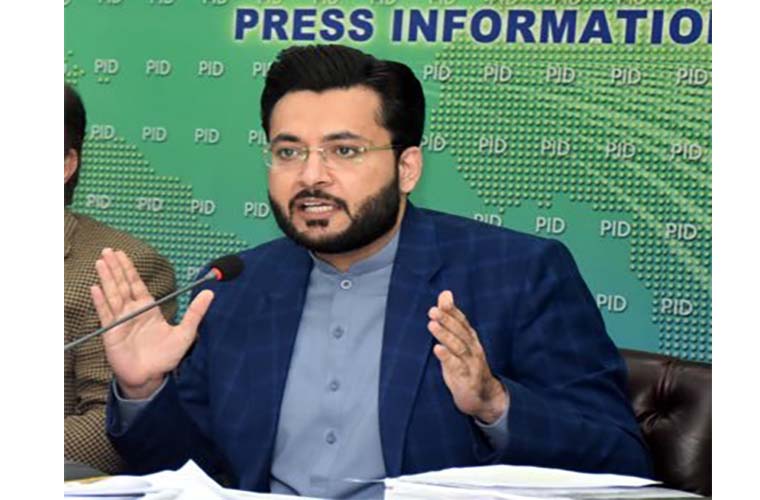 PMLN and PPP not yet summited bank accounts details with ECP, says Minister of State for Information and Broadcasting Farrukh Habib.

He expressed these views, while talking to media persons outside the ECP in Islamabad on Wednesday.

PMLN and PPP not yet summited bank accounts details with ECP

He further said that the two parties have no record from where they received the funds.

The PTI govt minister of state lamented that the PML (N) and the PPP have not submitted details of their bank accounts with the Election Commission of Pakistan (ECP) so far.

He asked the scrutiny committee of the ECP to expedite the process of scrutiny of their accounts.

Moreover, Farrukh Habib lamented the attitude of the opposition parties during the session of National Assembly yesterday.

He said Malika Bukhari’s left eye cornea got injured due to the attack of the opposition.

He questioned what kind of attitude the opposition is fostering in the house.

The Minister of State said the PML (N) has a history of attacking the institutions in the past including the Supreme Court and the National Accountability Bureau.

Farrukh Habib said the opposition is neither interested in legislation nor is ready to listen to the budget speeches.

Meanwhile, PTI leader Zartaj Gul demanded suspension of the National Assembly membership of those PML (N) leaders for one year who attacked the women members of the PTI yesterday.

She made this demand, while talking to media persons. Other women parliamentarians including Malika Bukhari accompanied her.

Moreover, she suggested the PML (N) leaders should also apologize over their act.