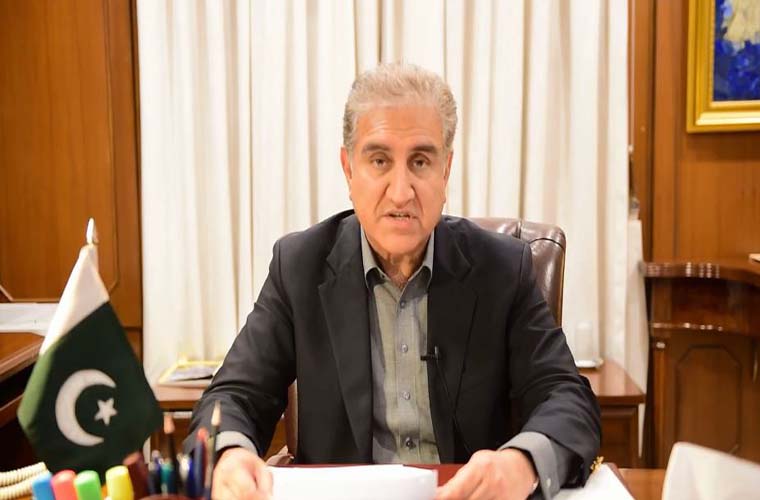 Foreign Minister Makhdoom Shah Mahmood Qureshi has written a letter to the UNSC President and the UN Secretary General.

Therein, he apprised them of Pakistan’s grave concern on recent disturbing reports about Indian Illegally Occupied Jammu and Kashmir (IIOJ&K).

In his letter, the FM pointed out that India may be contemplating the imposition of further illegal and unilateral measures in the Indian Illegally Occupied Jammu and Kashmir.

He mentioned division, bifurcation and additional demographic changes in the occupied territory among such measures.

That has continued for over twenty-two months, to suppress the Kashmiris’ legitimate demands through a massive campaign of repression. They include: gross and systematic violations of human rights.

Shah Mahmood stressed that the people of IIOJ&K have vociferously rejected the illegal measures imposed by India.

Furthermore, he called upon the Security Council to fulfill its responsibility to ensure full implementation of its resolutions on the Jammu and Kashmir dispute.

He also urged the Security Council to call upon India to end its campaign of repression in IIOJK.

Besides, the UNSC should urge India to reverse all its illegal actions, including those initiated on and after 5 August 2019.

Moreover, India must cease and desist from imposing any additional unilateral changes in the occupied territory.

Pakistan’s Permanent Representative to the UN in New York handed over the Foreign Minister’s letter to the President of the Security Council.

Meanwhile, a meeting on Public Diplomacy held on the special directives of Prime Minister Imran Khan in Islamabad.

While addressing the meeting, he said Pakistan is promoting its strong narrative to the world by utilizing public diplomacy in a concrete manner.

He further called for making public diplomacy more effective in order to highlight priorities and achievements of the government.

He said we have to put our economic priorities before the world along with Pakistan’s position on important regional and global issues.

Meanwhile, the meeting agreed to formulate a comprehensive strategy to effectively publicize the Government’s narrative.

45 more people died due to Coronavirus during last 24 hours