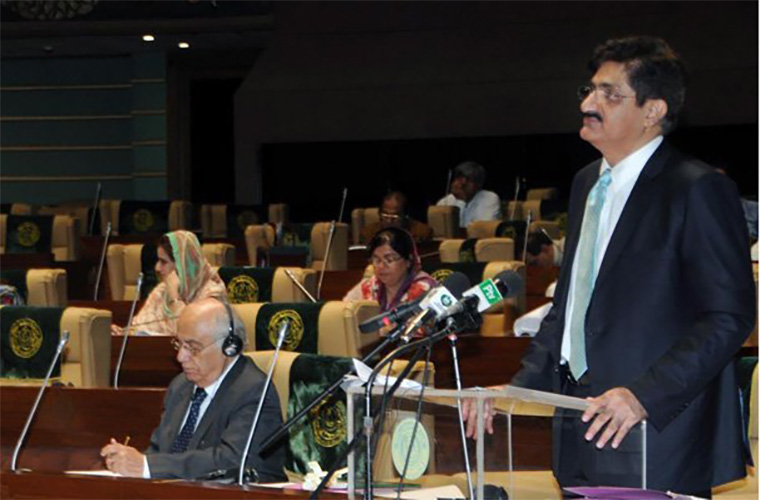 Chief Minister Syed Murad Ali Shah who also holds the portfolio of finance minister presented the budget for the next financial year 2021-22.

He also announced a 20 percent increase in salaries of government employees.

Furthermore, the budget set the minimum wage in the province to Rs25000.

In the budget, the provincial government increased the development portfolio by 41pc, while allocating Rs329 billion for it.

Meanwhile, the opposition members – belonging to the PTI, the MQM and the GDA protested against the budget in the house.

Moreover, they also tore the agenda copies and rejected the fiscal budget as anti-people.

According to the budget books, the total receipts of the province in the next fiscal year – 2021-2022 – estimated at Rs1.452 trillion. It remained Rs1.2 trillion for the current year, showing an overall increase of 19pc.

However, Sindh budget also shows a deficit of Rs25.738 billion.

It expects this amount on account of revenue assignment and straight transfers and grants.

This amount constitutes 72pc of the total receipts of the province.