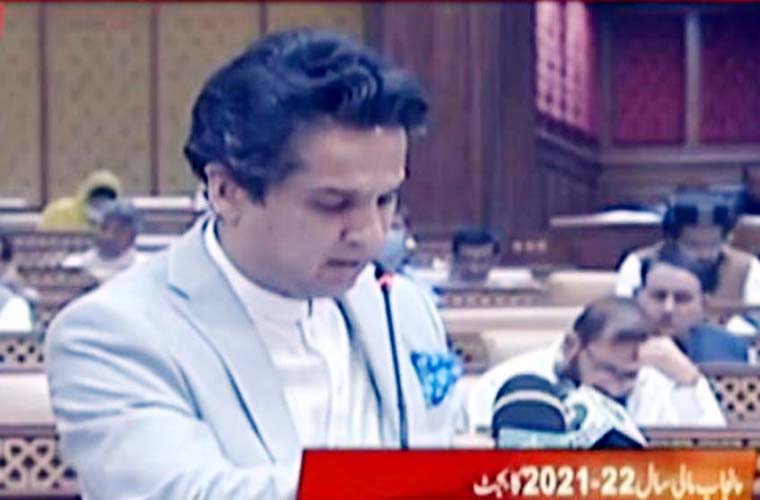 Finance Minister Hashim Jawan Bakht called it a public friendly provincial budget with a total volume of 2653 billion Rupees for next fiscal year.

He presented the budget in the provincial assembly in Lahore.

He said the total volume of next fiscal year’s budget 18 percent higher than the last budget.

The minister further said under the NFC Award, Federal Government will transfer funds worth 1684 billion rupees to Punjab.

He said a target of 405 billion rupees has been set for Provincial Receipts.

Moreover, the minister estimated the amount of current expenditure stood at 1428 billion rupees.

The Punjab Finance Minister said that they are allocating Rs 560 Billion for a record annual development program.

Furthermore, he announced allocating Rs 205.5 billion for the social sector including education and health.

He said that during Covid situation, Punjab introduced a package worth Rs 106 billion for economic restoration of public.

That included a tax relief worth 56 Billion rupees to the business community.

The minister said that the Punjab Government has decided to raise salaries of its employees and pensions of retired employees by 10 percent.

Grade 1 to Grade 19 employees, who have not been granted additional allowance of any kind earlier, will be granted a 20 percent increase in their salaries on account of Special Allowance.

Hashim Jawan Bakht announced to raise the monthly wages of laborers from 17500 to 20000 rupees.