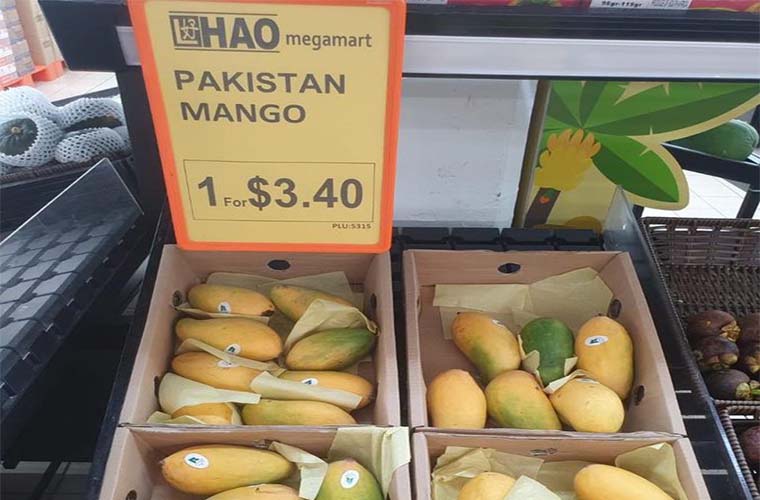 The Spokesperson Zahid Hafeez Chaudhri in a statement said a section of the Indian media carried wrong and irresponsible reports.

He referred to reports regarding dispatch of Pakistani mangoes as gift to foreign dignitaries.

He said that every year, the President of Pakistan send high-quality mangoes as gift to selected countries as part of goodwill and to promote trade diplomacy efforts.

He said for the current year, the process remains in the planning stage. Therefore, he sees no question of dispatch of mangoes to any country.

Meanwhile, on Sunday, he had tweeted on export of Pakistani mangoes to Singapore.

As per tweet, he shared his feelings: “Glad to see Pakistani mangoes, we proudly call “king of fruits”, reach the Singaporean consumers.”

On the other hand, Pakistan is also seeking to export mangoes to China through Khunjrab border.

He stated this, while commenting on arrival of first shipment of mangoes in Lanzhou, capital of China’s northwest Gansu province.