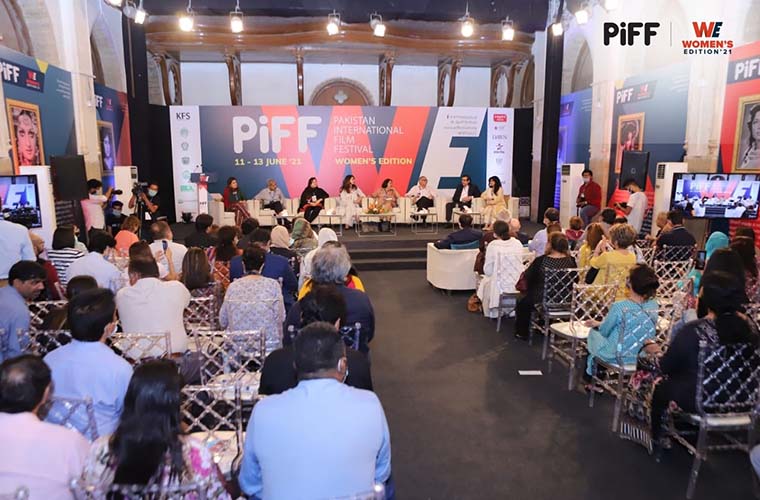 Govt to launch film policy with incentives for the revival of film industry.

Federal Minister for Information and Broadcasting, Chaudhry Fawad Hussain made this announcement on Saturday.

He announced, while addressing as a chief guest in the Pakistan International Film Festival (PIFF) – Women Edition.

He also announced converting electricity billing category of cinemas from commercial to industrial.

Besides, the PTI govt eyes waiving off taxes to give relief to investors.

Furthermore, the minister said the government was offering loans of up to Rs. 50 million for film-makers within the age limit of 45 years.

Fawad Chaudhry emphasized the universities offering mass communication discipline to upgrade their syllabi as per the modern world.

Moreover, hew asked the people belonging to film industry to focus on the film markets of Turkey, China and Saudi Arabia.

He also referred the Saudi Arabian plan to establish 2000 cinemas which he noted as a great opportunity for Pakistani film industry to avail.

The minister said the government would provide conducive environment which he underlined a must for the revival of Pakistani film industry.

Fawad Chaudhry also shed light on the history of causes which led to the downfall of film industry in Pakistan.

He said that the society remained male dominant in the past but now the things are getting changed drastically.

In the past, he said that the most of the jobs needed physical strength while now technology had made every job easier. Due to that, women could also perform better.

Earlier, panelists of PIFF in their discussion lauded the government’s efforts for the revival of film industry in the country.

The panelists shared identical views on imposition of smart lockdowns under the vision of Prime Minister Imran Khan.

They hailed it as brilliant idea to save the economy of the country from the negative impact of the COVID-19 pandemic.