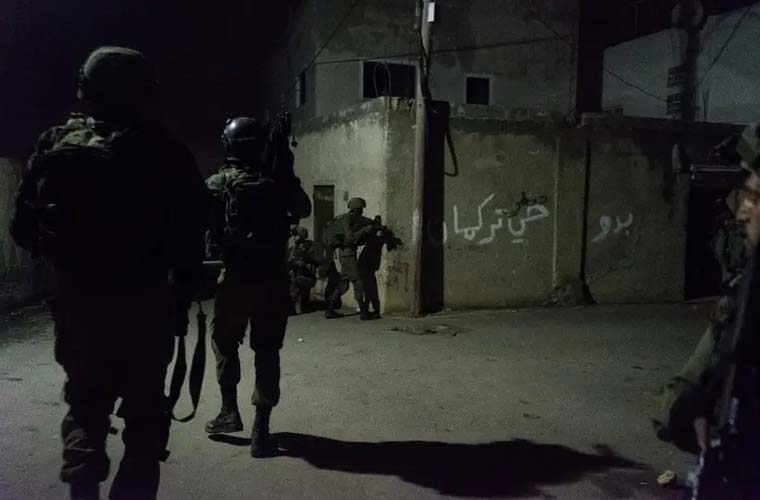 It reported Israeli occupation army and Special Forces killed them during a pre-dawn raid late Wednesday night into Jenin city.

The area situated in the northern occupied West Bank.

According to security and medical sources, Israel raided in search of wanted Palestinians, one of whom they also killed during the raid.

The two were reportedly detained and al-Amouri has reportedly died due to injuries sustained in the firefight.

Army Radio reported on Thursday morning that an Israeli undercover force entered the city in pursuit of two armed Palestinians.

Meanwhile, PIJ issued a statement mourning the deaths of al-Amouri and the Palestinian military intelligence officers on Thursday morning.

According to the statement, al-Amouri belonged to the Al-Quds Brigades.

He had carried out many commando operations in the northern West Bank.

Hamas also saluted the sons of the security services who stood side by side with the resistance fighters and confronted the aggression of the occupation.

It further stated ur people are waiting for this role from the sons of the security services in confronting the occupation and fighting.

He called it a “dangerous Israeli escalation” and warning of “repercussions,” according to the Palestinian WAFA news agency.

The spokesman held the Israeli government responsible for the incident.

Moreover, he warned that it will cause tension and a dangerous escalation.

The spokesman also called on the international community to “provide protection for Palestinian people.”