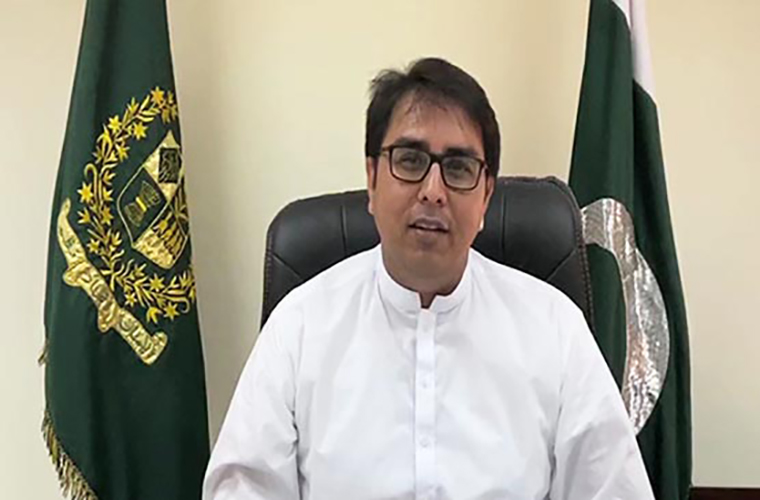 Special Assistant to PM retorts to PPP chairman criticism against the federal government.

He said that the ‘Parchi’ Chairman of Pakistan People’s Party (PPP) cannot cover up the deteriorating situation in Sindh through criticizing the federation.

In a reaction to the statement of PPP chairman Bilawal Bhutto Zardari, he said there is no facility for drinking water in 26,000 schools of Sindh.

Dr. Shahbaz Gill said the health system is being run through NGOs in Sindh province.

Therefore, he advised tat said Sindh government should focus on the province instead of making hue and cry on federal funds.

Furthermore, he noted Sindh’s rural areas among the most backward areas in the country because 53 percent of Sindh’s population lives below poverty line.

He said 52% of children in Sindh stay out of school despite allocation of millions of provincial education budget and the support of international donors.

He further said that 1500 children were also dying every year in Sindh due to malnutrition, viral infections and lack of proper medical care.

Meanwhile, Minister of State for Information and Broadcasting Farrukh Habib slammed the PMLN.

He said the PTI government sticks to its struggle for supremacy of law and constitution in the country.

In a video message, he said the opposition parties will also have to adhere to the law.

Farrukh Habib pointed out that the court had granted a bail of eight weeks to Nawaz Sharif. But Nawaz continues to stay out of the country over the last one and a half years.

He said the courts have also declared him an absconder and a due process followed for it.

The Minister of State said the PML (N) leadership is not serious on the appeals they have filed against convictions in different corruption cases.

He said they have no evidence to present before the court in their favor.