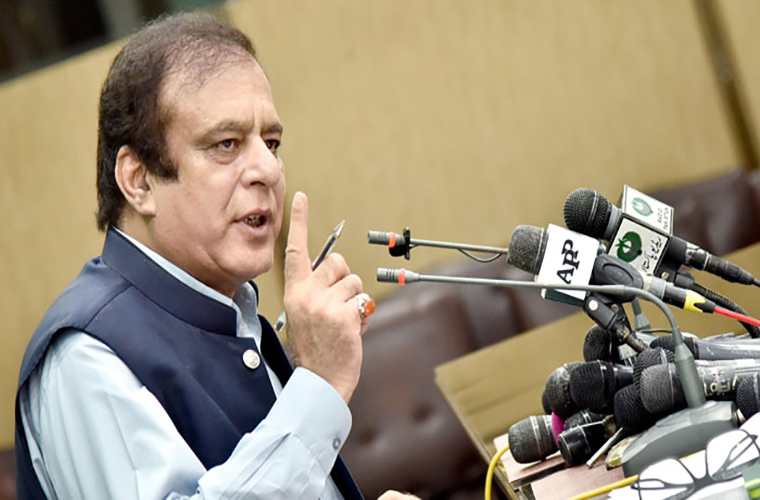 Federal Minister for Science and Technology, Shibli Faraz hoped that the ECP would approve every feature of the EVM.

He expressed these views, while talking to the media after a seminar held under the aegis of Pakistan National Accreditation Council (PNAC).

They held it to celebrate the World Accreditation Day under the theme “Accreditation; Supporting the Implementation of the Sustainable Development Goals.

They would present it before all the political parties, parliament and the general public.

He said that the use of EVM in elections would enable the middle class and the general public to participate in the elections through bringing transparency in results.

Moreover, the minister said that the ECP would decide using EVM in elections of Azad Jammu and Kashmir.

Shibli Faraz said that the whole Pakistan is looking at the upcoming budget with good expectations.

He underlined economy on track and assured no fear of new taxes in the budget.

Despite the difficulties faced by the country during the last two years, Prime Minister, Imran Khan and his team remained steadfast.

That has resulted into improved economic growth and exports.

The minister observed that around 3500-4000 Mega Watt of electricity is being wasted in Pakistan.

He noted that wasted due to the faulty electronic devices.

Around 2500 to 3000 megawatts of electricity can be saved through upgrading the fans.

Furthermore, he said that we can save 75 percent of electricity through standardization of electronic devices.

He stated that controversies marred all the elections that have taken place in the past.

Therefore, they have taken the decision of introducing technology to eliminate all these problems.