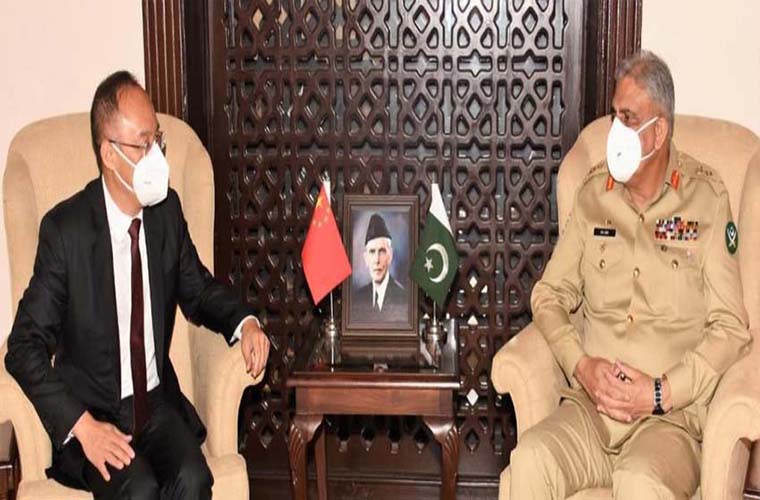 During the meeting, matters of mutual interest, progress on CPEC and regional security situation came under discussion.

Meanwhile, General Bajwa thanked the dignitary for China’s contribution towards fight against COVID-19 and provision of vaccines to Pakistan.

Furthermore, he said that Pakistan greatly values its friendly relations with its “iron brother” China.

He also felicitated the dignitary for holding grand ceremony in Beijing on the occasion of 70th Anniversary of Pak-China diplomatic relations.

Meanwhile, Members Federation of Pakistan Chambers of Commerce and Industry also called on the Army Chief.

During the meeting, FPCCI’s role in the development of commercial and industrial hubs in Pakistan as well as evolving regional economic environment came under discussion.

General Bajwa appreciated the role of business community in economic uplift of Pakistan.

Meanwhile, the delegation acknowledged Pakistan Army’s role and sacrifices in provision of secure enabling environment for economic prosperity in Pakistan.