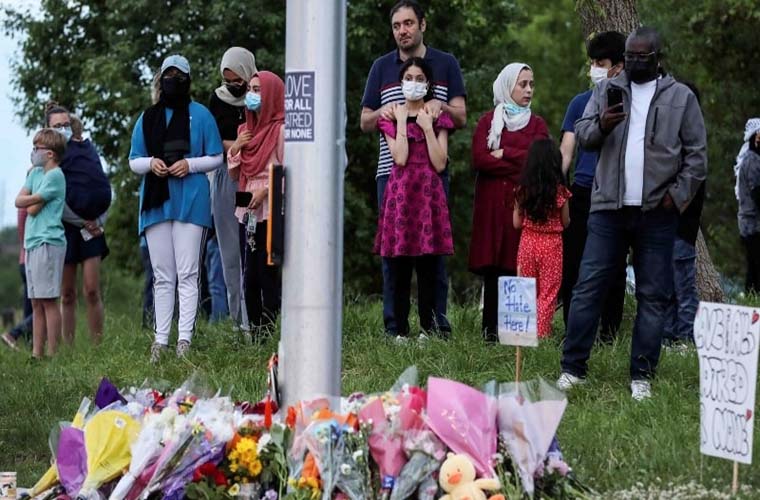 In a tweet on Tuesday, he expressed his grief and sorrow over the killing of a Muslim Pakistani-origin Canadian family in London, Ontario (Canada).

He tweeted: Saddened to learn of the killing of a Muslim Pakistani-origin Canadian family in London, Ontario.

Meanwhile, Foreign Minister Shah Mahmood Qureshi has expressed his concerns over the killing of a Pakistan origin family in Canada.

In a statement on Tuesday, he termed it an act of terrorism and a big tragedy.

Shah Mahmood Qureshi asked the Canadian Prime Minister to play his role to ensure the protection of Muslims in the country.

In the south of Canada’s Ontario province, a man driving a pickup truck rammed into and killed four members of a Muslim family.

Police on Monday termed that a premeditated attack. The 20-year-old suspect wearing a vest “like body armour” fled the scene after the attack on Sunday evening.

However, police arrested him at a mall seven kilometres from the intersection in London, Ontario where it happened.

Detective Superintendent Paul Waight told this to a news conference.

He referred to evidence that suggested this a planned, premeditated act, motivated by hate.

Together they represented three generations of the same family, according to London Mayor Ed Holder.