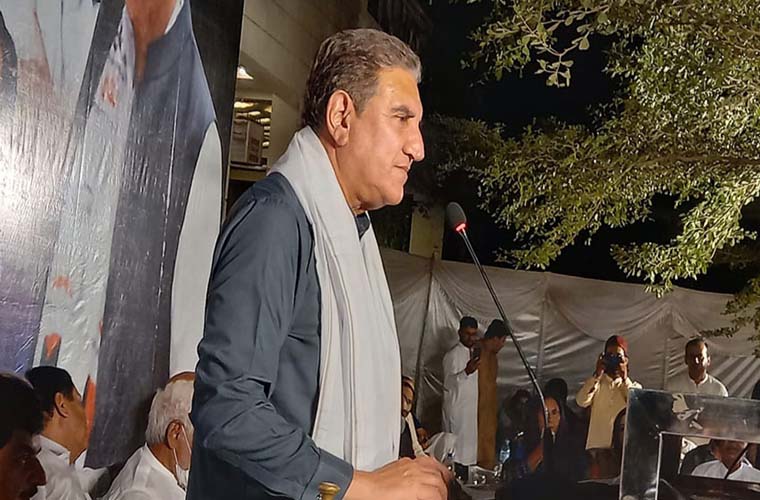 He expressed these views, while talking to media persons in Multan.
He further said a Regional Economy Policy Division is being established at foreign ministry to bring investment in the country.

The Foreign Minister said we are introducing innovation in diplomacy using digital technology which will produce positive results.

Shah Mahmood Qureshi also spoke on Afghan peace process. He said that Pakistan is playing an active role of facilitator for peace in Afghanistan.

He said that our stance has been acknowledged that there is no military solution to the conflict.

Moreover, he noted 47 per cent withdrawal of foreign troops so far.

Regarding Palestine issue, the Foreign Minister said Muslim countries will have to forge unity to stop Israeli aggression against Palestinians.

He said we will continue efforts for permanent peace in Palestine.

In a statement on Friday, he said that Pakistan desires peace and stability in the region.

However, irresponsible statements of Afghan security adviser only serve the interests of spoilers.

The FM said he has invited his Afghan counterpart to visit Pakistan in order to hold discussion on the Afghan peace process and the future strategy.

Furthermore, he said Pakistan is focusing on economic diplomacy to address the challenges of poverty, inflation and unemployment.

He said we need to focus on economic integration, investment, and trade and job creation.

Shah Mahmood Qureshi underlined geo-economics as the foremost priority of  foreign policy as per the vision of Prime Minister Imran Khan.