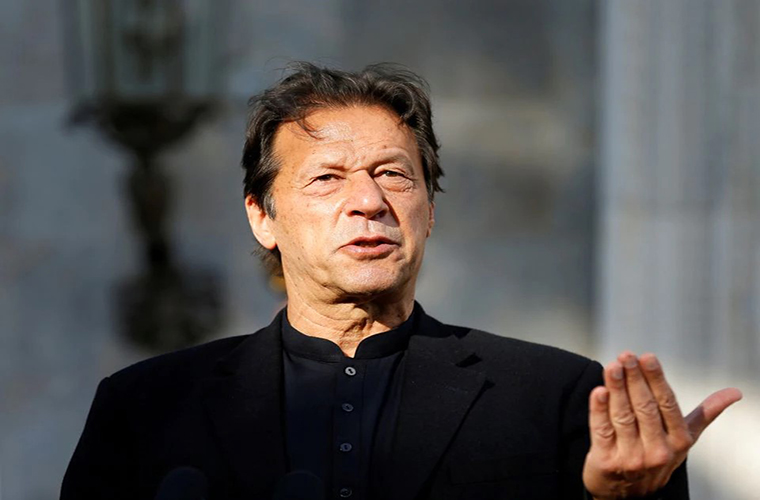 In an interview with Reuters news agency, he said India has crossed a red line when they revoked the autonomy of occupied Kashmir.

However, even if India gives the roadmap to undo its illegal act about occupied Kashmir of 05 August 2019, Khan considers it acceptable.

The Prime Minister said he has always wanted a civilized and open relationship with India.

Referring to the European Union, Imran Khan underlined trade with each other as the best way to reduce poverty in the sub-continent.

India’s external affairs ministry did not immediately respond to Reuters’ request for comment.

It released report on the occasion of the International Day of Innocent Children Victims of Aggression being observed today (Friday).

The report said dozens of young boys including girls were blinded by pellets fired by Indian troops.

Posters also condemn illegal detention of activists and youth languishing in different jails of the territory and in India.

Moreover, Muslims could  not hold and attend Friday prayers due to the severe restrictions the authorities imposed.

Reports from historic Jamia Masjid, Dargah Hazratbal and other major mosques, shrines and imambargahs in Srinagar and other areas of occupied territory disclosed this.

While talking to media during his visit, He said that army remains prepared for Amarnath Yatra.

Despite Coronavirus spike, they have taken all necessary steps for the smooth conduct of the annual pilgrimage.