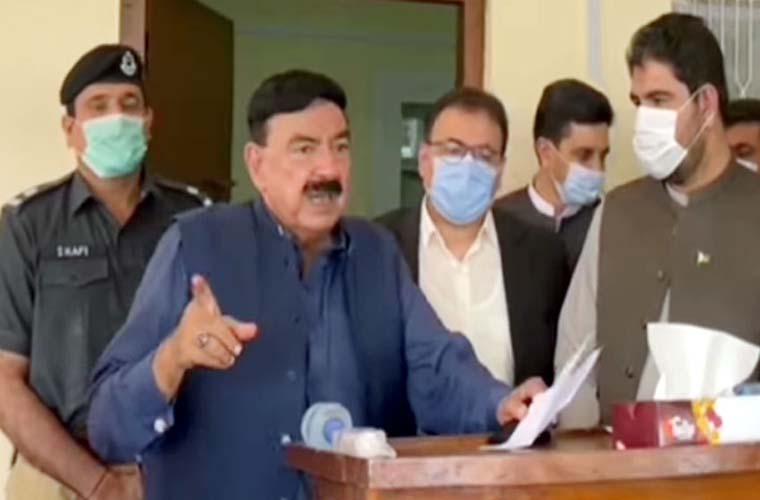 While addressing the ceremony, Sheikh Rashid Ahmed said the incumbent government is paying special attention towards the uplift of the merged districts.

He acknowledged the unprecedented sacrifices of the tribal people to safeguard motherland from enemies.

The Interior Minister also lauded the support of tribal people to the armed forces for restoration of durable peace in the region.

Furthermore, he said immigration process will be made easy at Pak-Afghan border to facilitate movement at border.

He announced establishment of a passport office at Angor Adda, shortly.

He announced to extend it to North Waziristan this year.

He said that the government would fulfil all the promises made with them.

Sheikh further said that people of tribal districts have rendered numerous sacrifices along with Pakistan Army to maintain peace in the region.

Moreover, he underlined uplift of tribal districts including Waziristan among the priorities of the incumbent government.