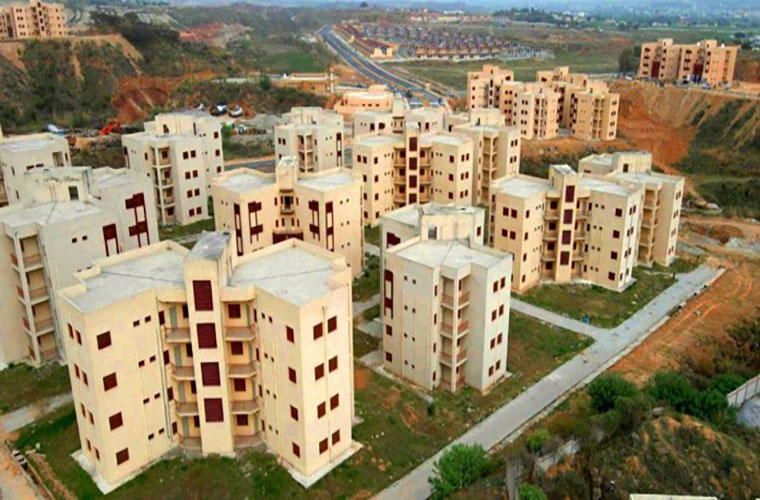 He said that various projects have begun under Naya Pakistan Housing Program (NPHP).

The government started the projects to realize the promise Prime Minister Imran Khan made for construction of five million houses.

In this regard, Awan mentioned under construction forty-five thousand low cost housing units all over the country.

These under construction units situated in Lahore, Nowshera, Islamabad and Peshawar.

Furthermore, the Adviser said that the private sectors have submitted one hundred and eighty proposals.

They sent proposals to Naya Pakistan Housing and Development Authority for construction of more than three million housing units.

Out of these 180, the authority shortlisted 45 projects, comprising 70 thousand housing units.

Work on these projects would start very soon.

The adviser said a project of approximately 2300 houses at government land in Islamabad is in its evaluation process and will be accomplished soon.

Furthermore, Babar Awan said the peri urban housing project has also begun. Under it, 41 sites for construction of 10239 low cost units have been identified.

Earth breaking ceremonies have been held at twelve locations and seventeen more locations will be inaugurated in near future.

He said 15300 housing units are being constructed by Federal Government Employees Housing Authority.

He said the scope of Ehsaas program has been expanded to provide assistance to the disadvantaged segments of the society.

He said under Ehsaas Kafaalat program, the federal government has increased the amount of quarterly stipend from five thousand rupees to six thousand rupees per beneficiary.

Khan further said the government has also decided to increase the number of Kafaalat beneficiaries from around five million to seven million.

The number of beneficiaries is expected to be further increased to eight million by the end of current year.

He said about one hundred and eighty billion rupees were disbursed under Ehsaas Cash Emergency Program amongst the under privileged segments of the society after the breakout of COVID-19 last year.

Moreover, he said this cash assistance was disbursed in the most transparent manner.

Minister for Aviation Ghulam Sarwar Khan said it must be appreciated that the present government took action against pilots possessing suspicious licenses.

Furthermore, he said fifty pilots were terminated and thirty two suspended after an inquiry.

He said restrictions on the PIA flight operation to the European countries will be lifted after International Civil Aviation Organization’s safety audit in October or November this year.

It was moved by Minister of State for Parliamentary Affairs Ali Muhammad Khan.

Responding to the points of PPP leader Sherry Rehman, Leader of the House Shahzad Waseem said that the facts will be brought to fore in journalist Asad Toor’s incident.

He further said we have reached close to tracing the culprits who will be brought to justice. He said the baseless allegations against the security institutions are part of fifth generation warfare against Pakistan.

Meanwhile, Minister of State for Parliamentary Affairs Ali Muhammad Khan responded to the points of some opposition members.

He said the PTI government stands behind the media.

However, he said allegations should not be hurled against the security institutions without any evidence.

Khan further said our forces have rendered immense sacrifices in the war against terrorism.