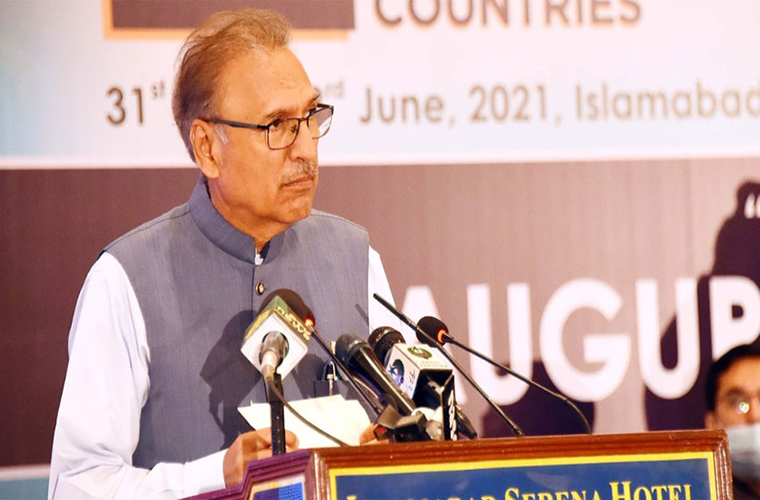 President Dr. Arif Alvi called upon them, while addressing the inaugural session of the General Conference of the Parliamentary Assembly of ECO in Islamabad.

He further said the ECO countries should further improve their relations through trade, tourism and economic linkages.

President Alvi referred to China-Pakistan Economic Corridor (CPEC) as an excellent example of cooperation. That will link the Central Asian States with the seas.

A two-day second General Conference of the Parliamentary Assembly of Economic Cooperation Organization began in Islamabad on Tuesday.

He emphasized the need for greater cooperation amongst the regional countries to address the issues of poverty and illiteracy.

Moreover, he said we need to prepare a framework for an effective cooperation.

He said we have to benefit from the region’s geographical location for the development.

He said Pakistan believes in peaceful co-existence but he noted resolution of Kashmir dispute imperative for durable peace in the region.

He further said Pakistan will continue to extend moral, political and diplomatic support to the Kashmiris until they achieve their legitimate right of self-determination under the UN resolutions.