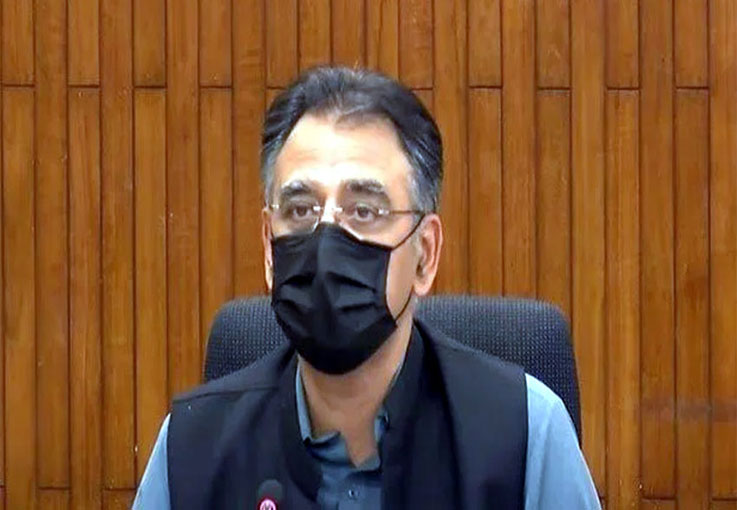 Minister for Planning and Development Asad Umar stated this at a news conference in Islamabad on Friday.

He further said the government has set growth target of four point eight percent for the next fiscal year.

The Minister said the growth of 3.94 percent for the current fiscal year was driven by the productive sector.

He said the government is ensuring quality and sustained growth.

Asad Umar said the main pillars of growth for the next fiscal year will be exports, industries, construction, IT, agriculture, poultry and remittances.

As regards the cotton crop, the Minister for Planning said they estimated it at 10.50 million bales for the next year due to provision of quality seeds and pesticides to the farmers.

The minister said we are also forecasting boost in electricity consumption due to increased industrial activity.

He said there has been record growth in remittances this year which are expected to touch the level of 29.1 billion dollars by the close of this fiscal year.

Furthermore, Asad Umar said we are estimating that these will increase to 31.3 billion dollars next year.

He said the annual development plan, the PSDP, is being enhanced to 900 billion rupees for the next fiscal year from the current year’s 650 billion rupees.

He said it will be our endeavor to fully utilize the PSDP amount which will also contribute to the growth figure.

The minister further said one trillion rupees of projects will be initiated next year through public private partnership.

Giving an overview of the development spending for the next fiscal year, Asad Umar said these envisage road infrastructure projects including Hyderabad-Sukkur motorway.

He said the packages announced for Karachi, and select districts of Sindh and Balochistan and Gilgit-Baltistan will be financed from the PSDP. Similarly, funds will be provided from the development plan for the construction of dams.

Furthermore, he said five billion rupees have also been allocated for the Skills Education program.

The Minister for Planning said the current account deficit for the next fiscal year has been estimated at 0.07 percent.