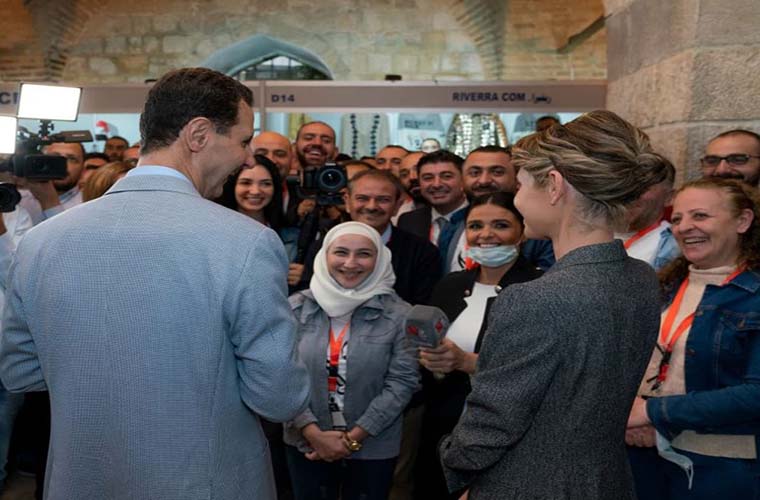 Speaker of the People’s Assembly Hammouda Sabbagh made this announcement on Thursday.

He announced that Dr. Bashar al-Assad secured 95.1% majority to become President of the Syrian Arab Republic.

Moreover, he Sabbagh said that the number of voters who have the right to cast their votes inside and outside Syria reached 18.107.109.

Rival candidates get less than 5% votes

The Speaker further said that the second candidate to the Post of President, Mr. Mahmoud Marei gained 470.276 votes: the 3.3% of the voters.

Upon that, and according to article 86 of the constitution and item /B/ of article 79 of the general election law, and in light of the fact that Mr. Bashar al-Assad gained the majority of votes with 95.1%.

Therefore, he announced the election of Dr. Bashar al-Assad as president of the Syrian Arab Republic.