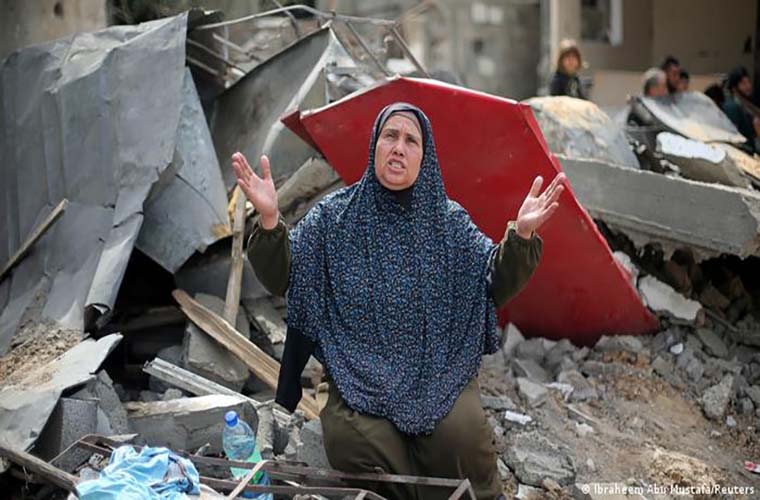 The top UN rights body passed a resolution on Thursday.

Therein, it called for investigating crimes that may have been committed during the Israeli-Palestinian conflict in Gaza this month.

The 11-day war killed at least 248 Palestinians in Gaza and 12 people in Israel.

The UN Human Rights Council passed the resolution by a 24-9 vote, with 14 abstentions.

But Germany voted against the measure.

In a series of tweets, Israeli Prime Minister Benjamin Netanyahu called it a shameful decision” that “makes a mockery of international law.

The US, which has observer status on the council, also said it “regretted” the vote.

“The action today instead threatens to imperil the progress that has been made,” the US mission to the UN in Geneva said in a statement.

The Palestinian Authority welcomed the resolution.

It further said it served as “international recognition of Israel’s systemic oppression and discrimination against the Palestinian people.”

Meanwhile, a spokesman for Hamas called its actions as legitimate resistance.

What does the resolution say?

The resolution was brought by the Organization of Islamic Cooperation countries during a special UN Human Rights Council session.

The document calls for forming the council’s first-ever permanent commission of inquiry.

That should report on rights violations in Israel, Gaza and the West Bank.

The text called for tasking the commission to investigate “all underlying root causes of recurrent tensions, instability and protraction of conflict,” including discrimination and repression.

How did other countries respond?

However, Russian envoy Olga Vorontsova said the resolution “has the goal of establishing all of the facts behind all alleged violations in the latest period.”

But Austrian ambassador Elisabeth Tichy-Fisslberger lamented that the special session continues the regrettable practice of singling out Israel for criticism in the Human Rights Council.

US has come come from other side of the world to create problems in ME: Iran