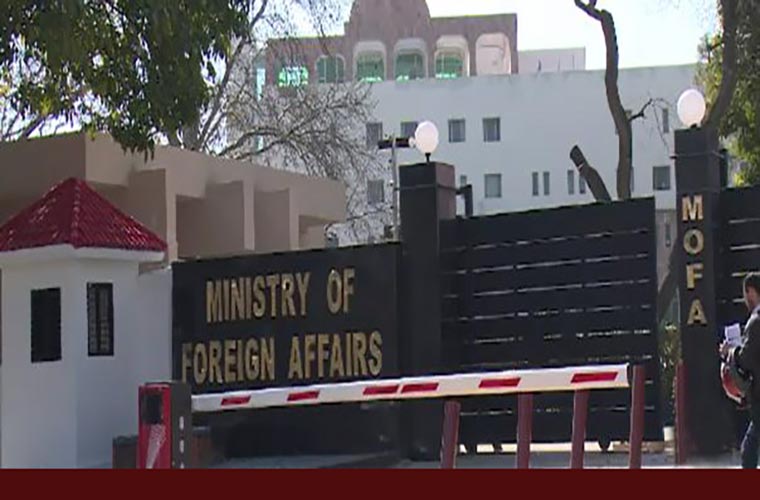 FO rejects reports bout presence of US military or air base in Pakistan as speculation.

While answering media queries, Foreign Office spokesperson Zahid Hafeez Chaudhri rejected the speculations outright about presence of US military or air base in Pakistan.

In a press release, he further said there is no US military or air base in Pakistan nor any such proposal is envisaged.

He said any speculation on this account is baseless and irresponsible and should be avoided.

However, he made clear no new agreement made in this regard.

The speculations resurfaced due to some media outlets reports in this regard.

David Helvey, acting assistant defense secretary for the Indo-Pacific, acknowledged there are no agreements yet with any of Afghanistan’s neighbors to allow the U.S. to base troops there or permit overflights into Afghanistan, including for surveillance.

He further said the State Department is leading the effort in talks with other countries.

Meanwhile, Rep. Doug Lanborn, R-Colo., noted the difficulty in securing a base location, given that neighbors such as China, Iran, Pakistan and India not likely solutions.

That would leave, he said, countries such as Tajikistan, Uzbekistan and Turkmenistan.

Helvey said the U.S. has significant military capabilities in the Middle East. He further said U.S. is “exploring options” to keep assets in the region so threats can be identified as they emerge.

But he noted it a “very difficult neighborhood” and the U.S. has to work quietly and carefully on those issues.

Moreover, he gave the same answer about exploring options when asked how the U.S. plans to continue to train Afghan forces.

Meanwhile, U.S. officials have acknowledged role of Pakistan regarding Afghanistan.

But the issue of U.S presence in Afghanistan remain a bone of contention between Afghan factions.

Those opposed to it include Taliban.  As per a deal signed in Doha, U.S. must leave Afghanistan.

However, U.S. has not completed pullout as per May 1 deadline.