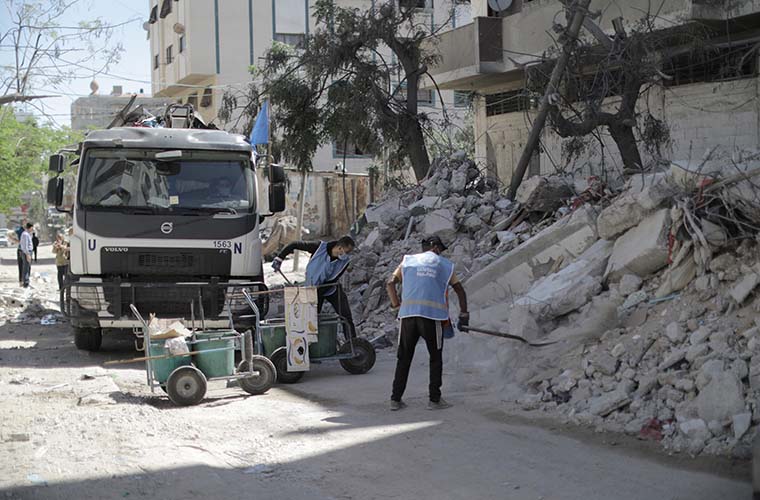 The UN human rights experts on Friday called on all parties to respect the new cease-fire between Palestine and Israel.

They urged an investigation by the International Criminal Court into attacks on civilian populations and other gross violations of human rights.

The experts, in a joint statement, pointed to the forced evictions of Palestinian families living in Sheikh Jarrah and Silwan in occupied East Jerusalem.

That set off a full-blown war.

Since May 10, at least 243 people, including 39 women and 66 children, died in Gaza. Thousands left injured.

12 people died in Israel due to the fighting.

He said that there was no “going back to normal” in the enclave, after more than 10 days of rocket fire and airstrike exchanges between the warring parties.

Furthermore, he said that going back to normal life means having to watch very carefully where we are going.

Know unexploded devices, we know that at least one school, one of our 278 schools, where we have established two deeply buried bombs.

He further said that we have alerted the Israeli authorities.

“Obviously we cannot just rush back into our buildings and schools, we have to make sure they’re safe.”

The senior UNRWA official also noted that the Kerem Shalom crossing was due to open for several hours on Friday.

But that for the duration of the clashes, it had not been possible to get people out for medical treatment, or aid reinforcements in.

Schmale noted that UNRWA staff, mainly residents of the region said that the violence had gone “worse in intensity and terror than 2014”, before echoing the UN Secretary-General’s call for a meaningful political process to resolve the grievances of both Palestinians and Israelis.