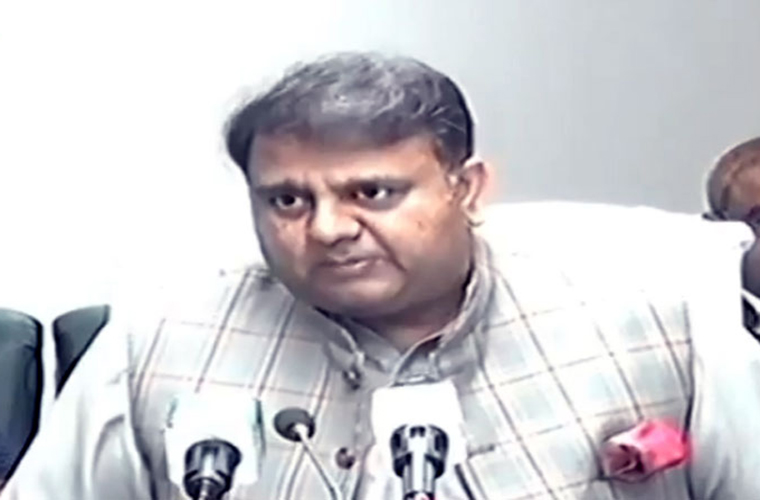 Fawad claims all the PTI legislators have full confidence in PM leadership.

Federal Minister for Information and Broadcasting Chaudhry Fawad Hussain said, while talking to media persons in Lahore this evening (Saturday).

He further said that all elected parliamentarians of Pakistan Tehreek-e-Insaaf have full confidence in the leadership of Prime Minister Imran Khan.

The minister said we all have decided to settle the differences through negotiations.

Moreover he underlined the need to improve coordination among all of the PTI’s ranks. However, he claimed they all united under the leadership of Imran Khan.

He said difference in point of view always exists and we have listened to the stance of MPAs who were annoyed over certain issues.

The Minister said that the opposition portrayed the views of some leaders of PTI in negative manner and now it is exposed.

On the other hand, Minister of State for Information and Broadcasting Farrukh Habib said progress of the country directly linked with development of agriculture sector.

He said this, while talking to media persons in Faisalabad on Saturday.

He said the government will announce a big package for farmers and agriculture in the next year budget.

Moreover, he said that Pakistan is moving in the right direction under the dynamic leadership of Prime Minister Imran Khan.

Farrukh Habib said that government has initiated several projects to stabilize the economy of the country.

Now we are focusing to bring positive change in the life of common man.

He said that government is giving health cards and other facilities to the people. Besides, govt focus on construction of houses for less privileged people.

He further said work on new dams is underway and after completion these dams will provide cheap and clean electricity.

Furthermore, he said the construction sector is showing boom and job opportunities are being created.