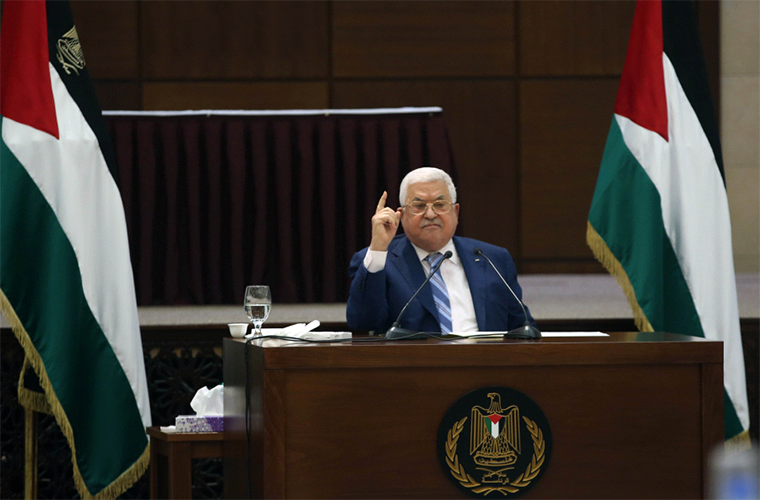 The PA President Mahmoud Abbas said on Wednesday that Palestinian Authority will seek to prosecute Israelis for “war crimes” before international courts.

Abbas said this in a recorded speech before the emergency meeting of the Arab Parliament, the legislative body of the Arab League.

“We will not be lenient in prosecuting the perpetrators of these crimes before international courts.”

“The brutal attacks that the occupying power is carrying out in the Gaza Strip against civilians, the deliberate bombing of homes and facilities, the destruction of the infrastructure, and the killing of children, the elderly and women, is an organized state terrorism practiced by the Israeli occupation state, and war crimes punishable by international law.”

Furthermore, Abbas said that the Palestinians were now focusing their efforts on “stopping the Israeli aggression against our people in Jerusalem, the West Bank and the Gaza Strip.

He said that then they would enter into a serious political process that would lead to an end of the Israeli occupation of the land of the State of Palestine, including east Jerusalem, our holy capital.

Then, he said they would go to a just and comprehensive solution to the issue.

He said that the Palestinians have informed the new US administration of their readiness to work with it within the framework of the Quartet, which includes, in addition to the US, Russia, the United Nations, and European Union.

Mahmoud Abbas repeated his demand for a full Israeli withdrawal to the pre-1967 lines.

He further said that the Palestinians want a just and comprehensive peace based on international resolutions and the Arab Peace Initiative.

The Arab League endorsed that initiative in 2002.

He offers normalization of relations the Arab world with Israel, in return for a full withdrawal from the West Bank, Gaza Strip, and the Golan Heights, a “just settlement” of the Palestinian refugee issue based on UN resolution 194, and the establishment of a Palestinian state with east Jerusalem as its capital.

Abbas further said that we seek peace, not war. But he added at the same time, we cannot compromise any of our people’s rights, particularly in the city of Jerusalem.

Israeli military training its personnel for war with Lebanon and Palestine