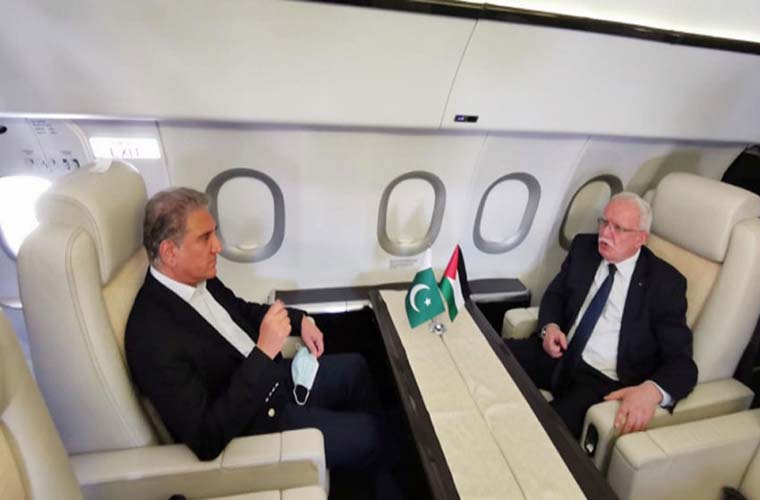 According to Radio Pakistan, Foreign Ministers of Palestine, Sudan and Turkey are also accompanying their Pakistani counterpart.

The UNGA is meeting in connection with Palestine issue tomorrow.

It will draw attention of international community on Israeli atrocities against unarmed Palestinians.

Shah Mahmood Qureshi will urge the world body to paly is due role in stopping Israeli atrocities against innocent Palestinians.

He will also hold important meetings with President General Assembly and other personalities.

Prior to his departure, Shah Mahmood Qureshi held a meeting with his Palestinian counterpart Riyad al-Maliki and exchanged views over evolving situation in the Palestine.

The Foreign Minister strongly condemned the Israeli aggression against the innocent people of Palestine.

Pakistan remains concerned over threat to peace due to India